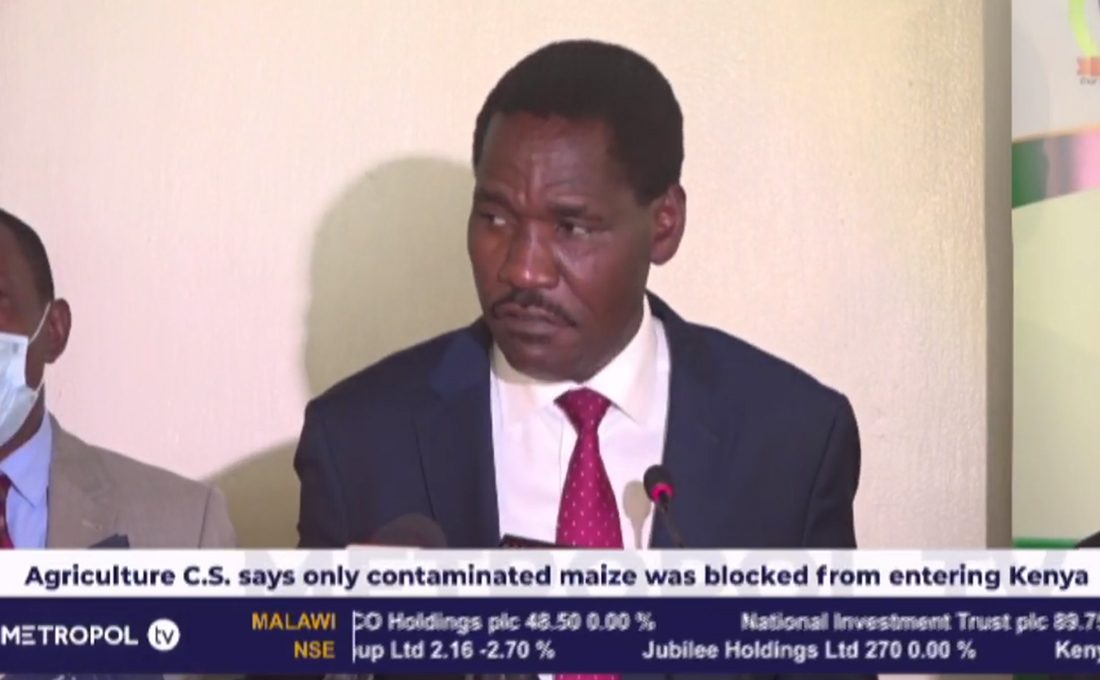 Agriculture Cabinet Secretary, Peter Munya has clarified that the government has not banned the importation of maize from neighboring Uganda and Tanzania as earlier reported.

According to the CS, Kenya only blocked maize from the two East African countries that did not meet the sanitary and phytosanitary standards.

“We have not stopped the importation of maize from Uganda or Tanzania. What we have done is to check the quality of maize. It is not a sudden decision, it is just a compliance decision,” said Munya.

He added that importers will be allowed to bring in maize consignments from the two countries once they comply with the required safety standards,

He urged Kenyans not to be worried as the situation will not affect the flour market.

Regional countries have been urged by the Ministry to fast track ratification of EAC- SGS standards on aflatoxin and submit the instruments of certification to the EAC.

Traders importing maize from Uganda to Kenya will be required to also have a certificate of origin from the counties of produce before they get clearance at the border points.

Kenya last week banned maize imports from Uganda citing high levels of aflatoxin in the grain, setting the stage for a trade war between the two neighbouring states.

Millers this week faulted the government over a blanket ban on maize imports from Uganda and Tanzania arguing the move will have a serious implication on the price of flour.

The decision to stop maize imports from Uganda and Tanzania followed surveillance and testing of maize that revealed high levels of aflatoxin unsafe for consumption.