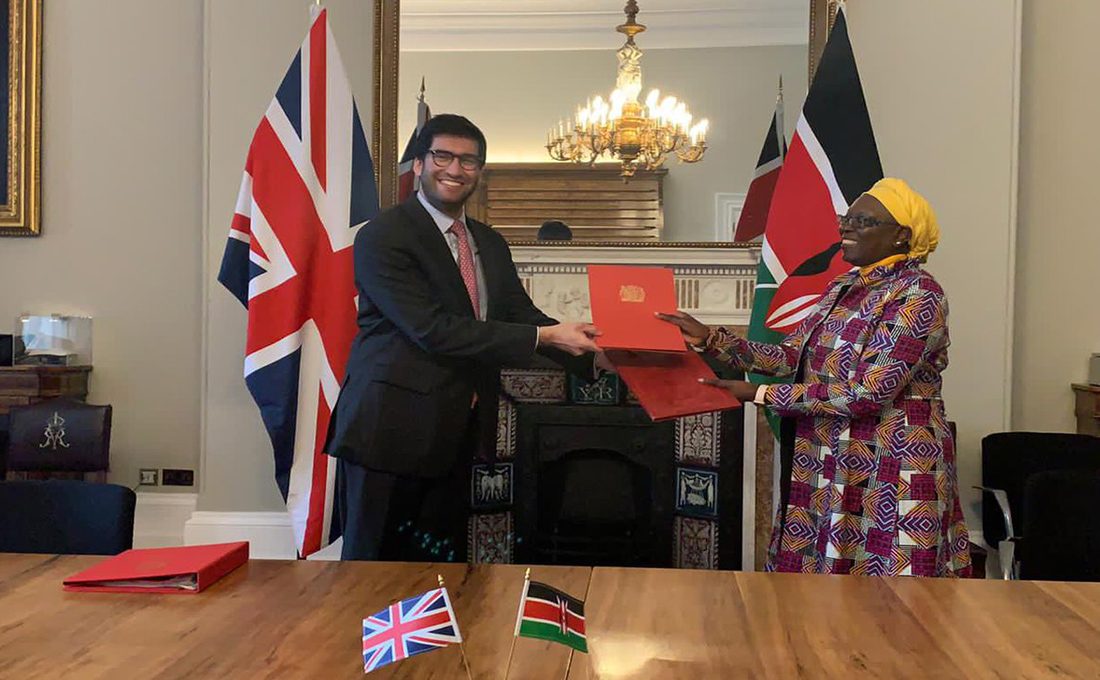 The National Assembly has approved the economic partnership between Kenya and the United Kingdom.

This move will effectively stave off the imposition of import duties on Kenya’s exports to the U.K and assure Kenyan exports of duty-free, quota-free access into the U.K.

Trade Committee Chairman Adan Haji allayed fears that the Economic Partnership Agreement (EPA) between the two nations will open floodgates for the dumping of agricultural goods.

“The export potential in the UK for Kenya products was valued at about Sh20 trillion in 2019. If Kenya were to target this potential will raise the market share in the UK by five per cent. It will translate to exports worth Sh1 trillion, an ambition that Kenya is pursuing,” Adan said.

Kenyan vegetable exports command a 43 percent share of the UK market, as well as cut flowers at nine percent.

The multi-billion shillings trade agreement between the two was signed on December 8, last year.

According to Trade and Industrialisation Cabinet Secretary Betty Mania, Kenya stands to reap market opportunities estimated at Ksh.20 trillion shillings, which is equivalent to 0 point 2 percent of the U.K’s total market size.

Under the deal, Kenya aims to push the volume of its exports to the U.K to Ksh.1.1 trillion by 2025, thereby expanding its exports by 28 times more than the current average of Ksh.39 billion recorded between 2015 and 2019.

Animal Products, both fresh and processed – including meat, hams, sheep and goat products, horses, swine/pork, are expected to attract duty under the deal.

Importation of fisheries products of all kinds – such as tuna, dairy products, milk and milk products; poultry and poultry products – such as birds and eggs, will attract duty.

An avalanche of agriculture products will also not be exempted in the UK-Kenya agreement whether in raw and processed form.

These will include fresh and chilled potatoes, tomatoes, onions, garlic, vegetables of all kinds – cabbage, sprouts, lettuce, cucumbers, mushrooms peas, beans, and so on.

Fresh and chilled fruits – cashew nuts, bananas, pineapples avocados, mangoes, pawpaw, watermelons, and apples will not be exempt from duty.

At the moment, however, Kenya’s top exports to the U.K include tea, coffee, cut flowers, vegetables and fruits.

Kenya will also be expected to start phasing out duty and quota barriers on a set number of U.K products, 12 years after the EPA comes into force.