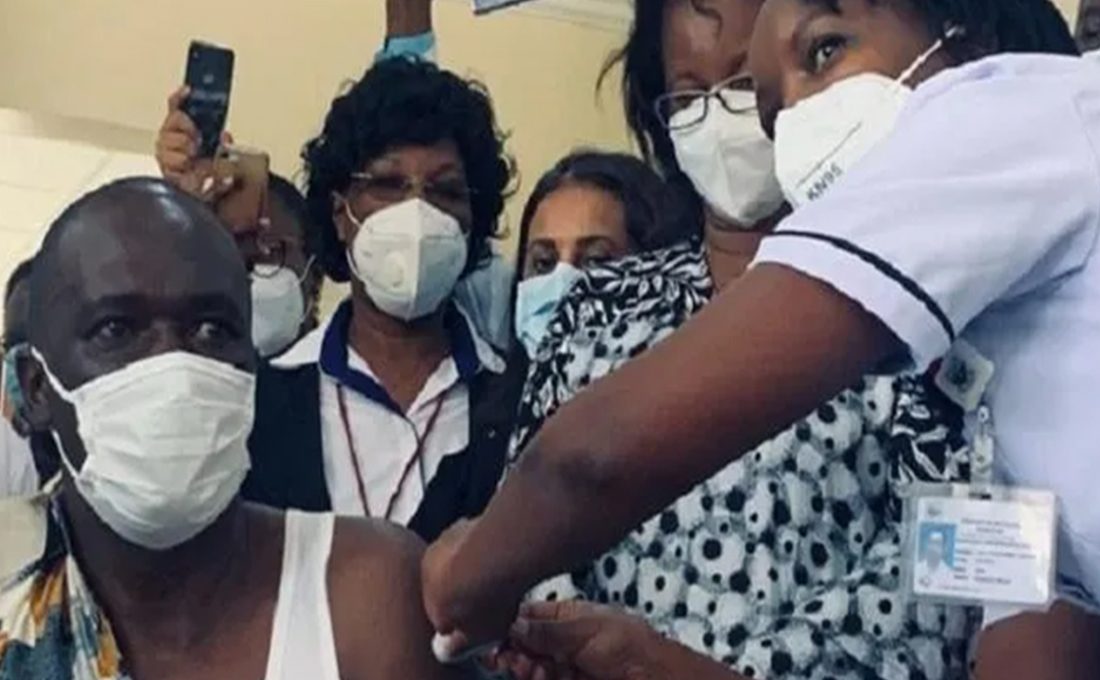 Patrick Amoth became the first Kenyan to receive the AstraZeneca COVID-19 vaccine in Kenya following a massive exercise that was rolled out across the country.

Amoth is the acting Director-General for Health, and received the jab at the Kenyatta National Hospital on Friday, March 5.

The rollout of the campaign comes a day after President Uhuru Kenyatta flagged off the distribution of the vaccine across the country.