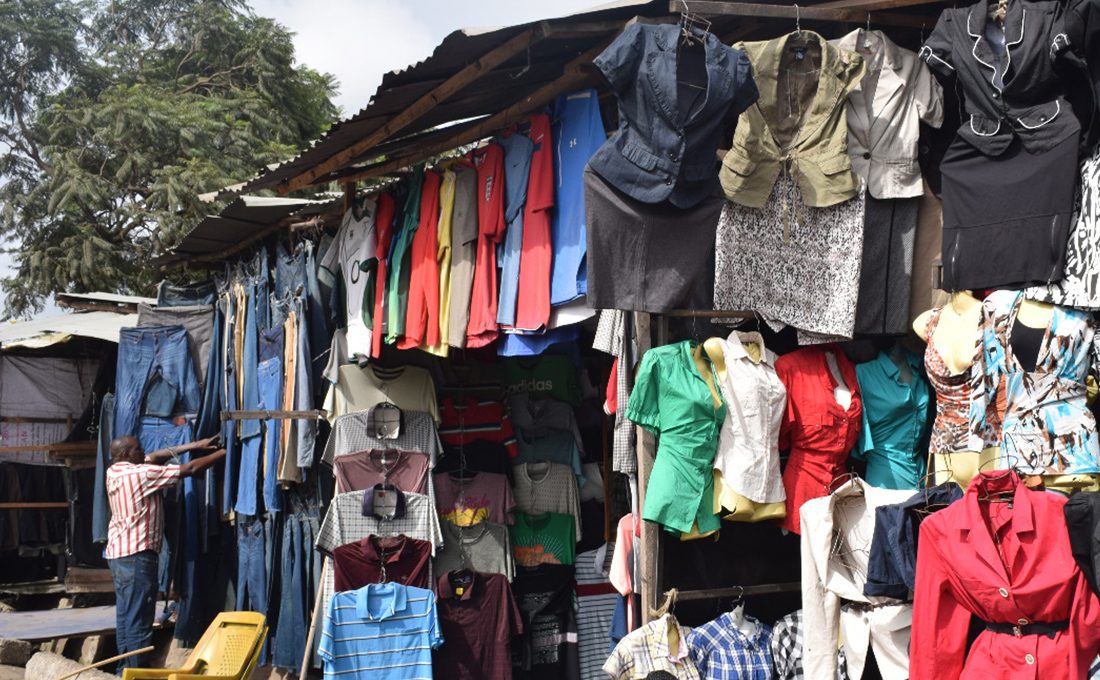 By Vincent Odhiambo | Importation of second-hand cloth has been over the years been the subject of much criticism as it has been accused of killing Kenya’s textile industry.

At the onset of the coronavirus pandemic, the government opted to ban the importation of second-hand clothes, popularly known as Mitumba, in order to curb the spread of the virus.

But now, Mitumba traders drawn from across the country are asking the government to review its policy stance towards their business.

A new report on the contribution of the mitumba clothing industry to Kenya’s economy shows that the importation of second-hand clothing accounts for less than 1 percent of the country’s total imports, estimated at Ksh.18 billion.

“There’s weak evidence that mitumba reduces purchases of new and local textiles. Mitumba trade because of the different styles and preferences that we’ve seen across households tells you that the demands are different. We make a strong conclusion that these two can both coexist and yes manufacturing is an important sector for Kenya that will determine jobs and how Kenya grows into the future but it does not have to be grown to the extent of the treaders that we see here and mitumba.” Said Kwame Owino – CEO, IEA-Kenya.

An average household spends an average of Ksh.409 quarterly on mitumba compared to Ksh.783 spent on new purchases.

The industry, which employs close to 2 million people and supports the livelihood of about 24 million, is now facing more risks with the pandemic having affected people’s purchasing power and restrictions imposed to curb the spread of the virus which has affected their businesses,

“The number of different jobs created at different and every level because of the different scales of brokers of different sizes and remember this is because it comes back to Nairobi and distributed across the country. In all those places there’s sorting, there are people who do the washing, pressing. All those across the value chain until the final consumer gets his shirt or footwear, they buy. So, there’s no reason why the government should take a moral view that one form of trade say mitumba is worse than another and that we have a preference for clothes produced in a factory than those that have been processed through this complicated value chain,” added Mr. Owino.

Kamukunji Member of Parliament Yusuf Abdi, whose constituency is home to Gikomba Market, the largest mitumba market in the country said it was about time policymakers revisited and reviewed some of the policies that have constrained the growth of the mitumba sector.

“I would say that the mitumba business is a large and significant business in our country but somehow, i’ve always been puzzled how it has remained misunderstood, neglected at times undermined and rejected by the decision-makers in the trade industry,” said Abdi

On her part, Anne Mutahi, a special adviser to the president on Small and Medium-Sized Enterprices (SME) development said the government is working with other development partners to strengthen the sector and promote coexistence with the textile manufacturing industry.

“The question we need to ask ourselves is even though mitumba plays a big role in trade and don’t forget that trade is 7.5 percent of our GDP. What is the intersection between the secondhand clothes and manufacturing already from the study we saw that there’s added value that is given to mitumba when it comes in,“ said Mutahi.

The top 5 leading exporters of mitumba to Kenya are China, Pakistan, Canada, the United Kingdom and the United States of America.

Kenya also exports its second-hand clothing products, with Germany, Rwanda and Tanzania among the top destinations of Kenya’s mitumba exports.