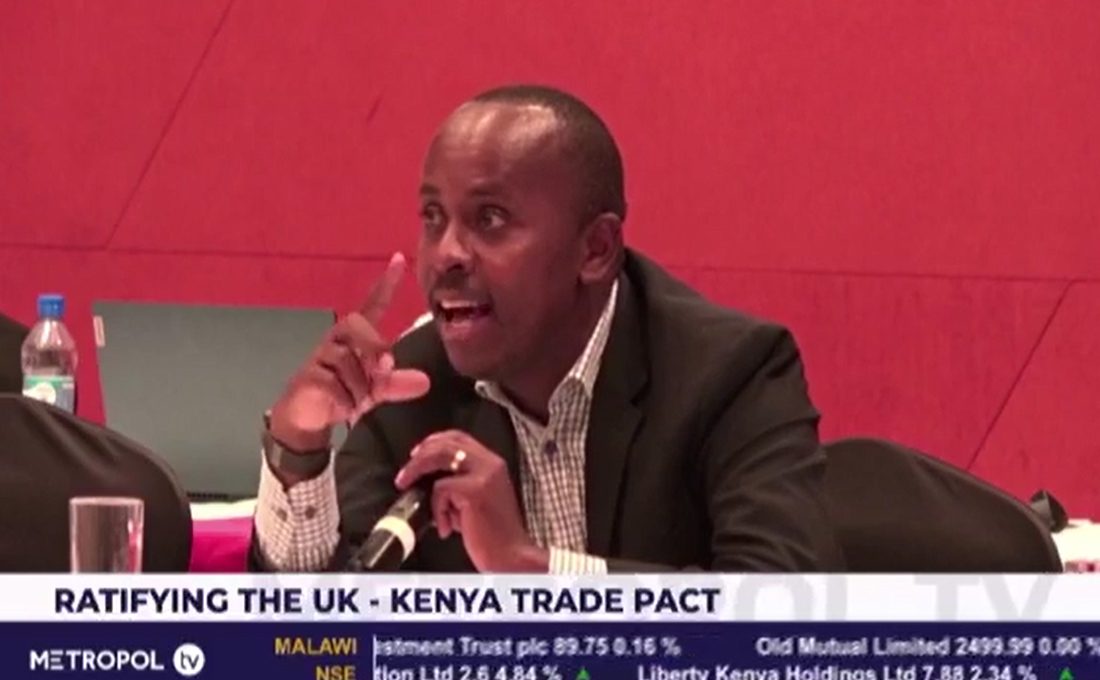 The decision by the United Kingdom to exit the European Union (EU) was expected to disrupt access to the UK market, which Kenya had been accessing on duty-free and quota-free terms under the UK-EU trade agreement.

This is what prompted the UK and Kenya to enter a trade pact on December 8, last year, in which both parties gave themselves a grace period of 90 days to ratify the agreement.

A day after the UK’s House of Lords deliberated on the ratification of the Economic Partnership Agreement (EPA), and less than a week before the deadline, Kenya is rushing to seek approval of the deal by the National Assembly.

A public participation hearing on the deal entered its second and final day on Wednesday to ratify the deal during the first day of the forum organized by the National Assembly’s Committee on Trade, Industry and Cooperatives, raised concern over the last-minute rush to ratify the trade deal.

Stakeholders who attended the forum also took issue with the process that was followed in tabling the agreement before parliament for ratification.

The process is going to be an issue also how it comes to parliament. When we put Kenya there who is benefitting? Is it Kenya Kakuzi, is it Kenya the big timber exporters. How does it speak to the farmer in a remote village in Kenya? Asked John Kiarie – Member of Parliament, Dagoreti.

“This habit of holding these meetings should stop since these are matters affecting all Kenyans. Because it looks like this deal was negotiated to benefit the UK. “ said Jude Njomo, MP, Kiambu Town

MP Kiare also questioned Kenya’s decision to go ahead of her counterparts in the East African Community to ratify the agreement.

“Are we getting back to a colonial agreement? Acp- EU sounded better because these were regional blocks negotiating. Regionally if we go to this treaty are we looking like betrayers are we locking them out of goodies.”

Players from the horticulture industry expressed their concern that it has not been a bed of roses trading with the UK, and that EPA could complicate the situation.

“The UK is saying it will not review these classifications until 5 years. This means any beans shipped from Kenya is subjected to up to 10 percent sampling that is borne by the Kenyan exporter in full.”

Representatives from the Kenya Private Sector Alliance (KEPSA) and the Kenya Association of Manufacturers (KAM) are expected to make their submission to the committee Thursday before parliament gives its nod to the trade pact.