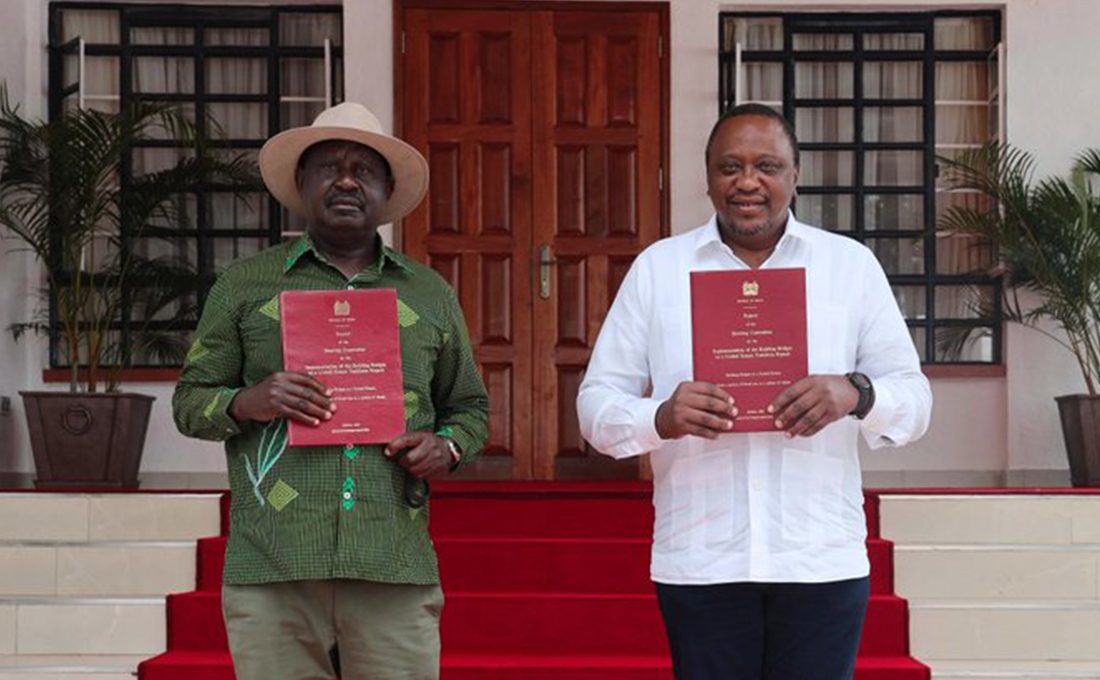 It is all systems go for the Kenyan Constitution (Amendment) Bill, 2020 which is now headed to the National Assembly and the Senate for a final vote.

In a campaign dubbed “Super Tuesday” saw Kirinyaga County become the 25th County to pass the Bill on Tuesday, thus attaining the required threshold of at least 24 counties to pass the Bill.

Others are Nyeri, Nyandarua, Kirinyaga, and Garissa.

The Members of County Assemblies (MCAs) unanimously voted in the Bill even after the Controller of Budget slammed the brakes on President Uhuru Kenyatta’s directive for car grants to members saying there was no provision in law to implement it.

Car grant for all MCAs which totals Ksh4.5 billion was conceived as a luring factor to motivate them to approve the BBI Bill, thereby begging a question as to whether it will result in rebellion.

Orange Democratic Movement (ODM) Party leader and main proponent of the Bill, Raila Odinga, over the weekend had expressed confidence that the Bill would be passed by Tuesday.

Over the weekend in Nairobi’s Eastlands, President Kenyatta went on record championing for the BBI, urging Kenyans to embrace developmental change and shun divisive politics.

The Independent Electoral and Boundaries Commission (IEBC) projects to spend Ksh.14 billion if Parliament endorses a proposal by the BBI to hold a referendum on constitutional amendments.

Acting chief executive Murjan Hussein Murjan, last year told Parliament that the amount would depend on the number of new voter registrations before the vote.

“We have on our own sat down and asked ourselves the budgetary requirements in the event of a possible referendum. We have already estimated that the referendum to change the Constitution will cost us Sh14 billion. However, we are still refining the budget,” he told the Public Accounts Committee (PAC) during the scrutiny of the commissions’ books of accounts for the year to June 2019.

Mr Murjan said the Sh14 billion budget is based on 19.6 million voters that registered for the 2017 General Election.

“The budget could go up because of the number of registered voters who will, in turn, determine the number of polling stations, polling staff to be hired and other logistics,” he said in response to PAC chairman Opiyo Wandayi.

President Kenyatta and ODM leader Odinga started to champion for a referendum to approve changes to the Constitution before the 2022 General Elections during the Mashujaa Day celebrations in Kisii County.

They subsequently launched the BBI report last year in November at Bomas of Kenya that contains far-reaching recommendations that include the creation of the office of Prime Minister and two deputies.