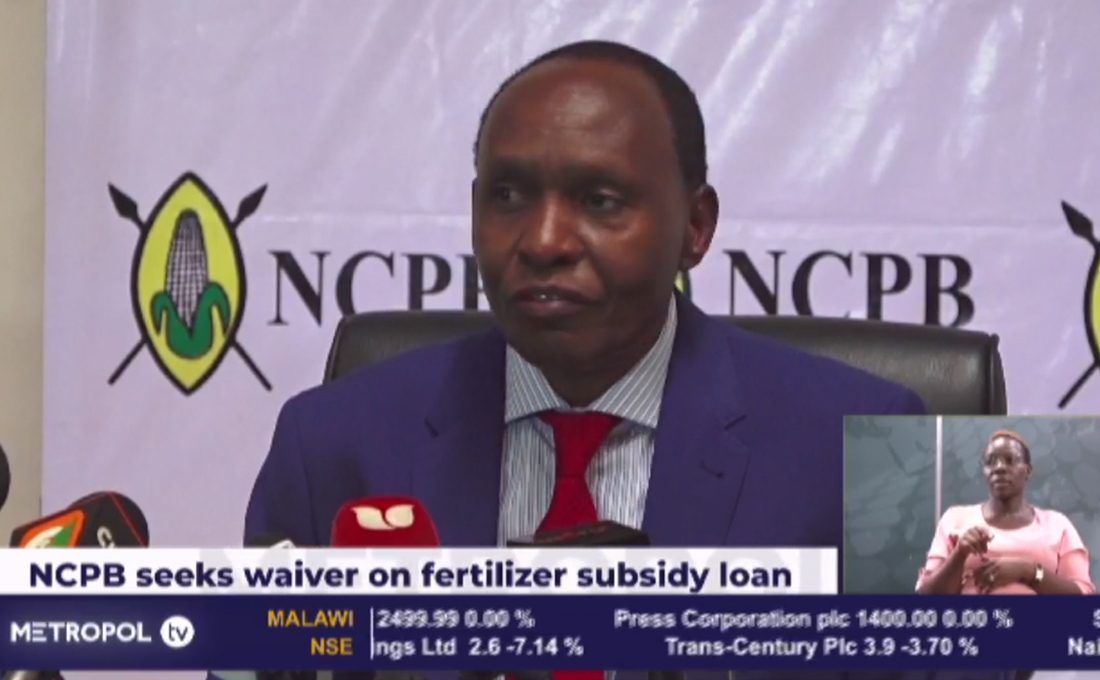 The National Cereals and Produce Board (NCPB) is now seeking for an interest rate waiver on a Ksh.4.5 billion loan it obtained five years ago to finance the importation of subsidised fertiliser.

The loan has since ballooned to Ksh.7 billion.

In 2020, NCPB embarked on the implementation of a new three-year strategic plan that runs until 2023.

Among the strategic objectives outlined in the plan is to transform the board into a corporate commercial enterprise.

However, weak financing and indebtedness remain a key challenge to NCPB’s transformation strategy.

“We are supposed to generate income generating projects so that we do not have to depend on the National Treasury.” Says Mutea Iringo, Chairman of NCPB.

The board is, however, appealing to the National Treasury to waive interest on a Ksh.4.5 billion grant it received to finance the importation of fertiliser in 2015.

To kick off its transformation agenda, NCPB indicated that it would release part of its storage space through competitive commercial leases in order to encourage the early participation of the private sector and the establishment of a warehousing receipt system.

The board says the uptake of the warehouse receipt system remains low.

“The challenge is that most farmers are not aware so we are working on sensitizing them we hope the uptakes increases.”said Joseph Kimote, Managing Director of NCPB.

On the purchase of maize from farmers, the board says it has received 200,000 bags so far.

“That volume is still far from our target but in the next 3 weeks we hope to see more delivery and eventually hit our target,” added Kimote.

Unlike previous years when the NCPB used to buy maize for storage in the strategic grain reserve, it is now doing that purely for commercial purposes in keeping with its strategic plan.

The board is currently buying maize at Ksh.2,700 per bag.

New KCC ordered to b