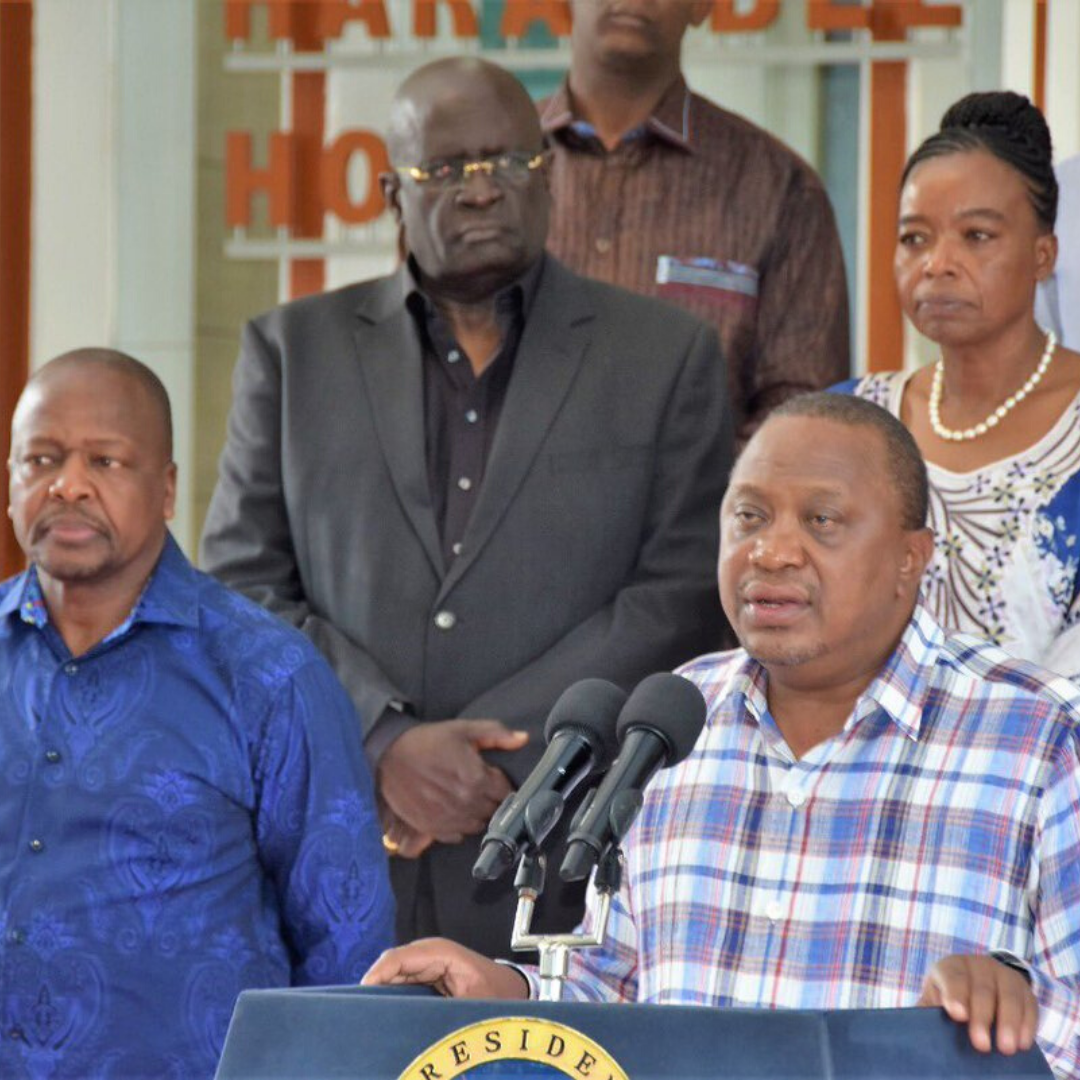 By Daisy Okanga | Hundreds of Kenyans are now beginning to feel the burden of tough measures the government issued on Sunday as it tightened grip on its fight against coronavirus pandemic.

Health Cabinet Secretary Mutahi Kagwe had announced that those coming into the country beginning Sunday night to Wednesday, March 25 would undergo mandatory quarantine at their own expense.

“I want at this point to issue an apology to the parents and individuals who have been so inconvenienced since last night. We are aware that we had logistical challenges that we encountered as a result of the speed at which we wanted to move into quarantining individuals,” said Kagwe.

Those who have been arriving in the country after a raft of new measure were formulated were being transported from the Jomo Kenyatta International Airport (JKIA) in National Youth Service buses which began picking arriving passengers as from 3 am.

Some of them have been quarantined at the Kenya School of Government and have been asked to pay Ksh.4,000 per day before the amount was lowered to ksh.2000 per day when they raised concerns.

On Monday, many residents in Nairobi were left stranded when the government began enforcing a mandatory quarantine of all persons getting into the country as part of measures to curb the coronavirus spread.

Nonetheless, some passengers plying different routes in Nairobi complained of bus fare hike after conductors chose to more than double their prices for a normal route which goes for only Ksh50, some remained constant.

They flouted government’s directive not to hike prices for any services by rising fares sharply despite carrying fewer passengers.

On Busia to Nairobi Route, for example, the fare shot from Ksh800 to Ksh2500. Whereas Machakos, Nairobi route bus fare shot to Ksh700 fro Ksh400

Traffic police were, however, on high alert to ensure motorists comply with government’s directive to lower number of passengers for any route undertaken.

There is a looming job loss in the country in wake of the virus outbreak which has so far infected 16 people, with other cases to be confirmed.

The horticulture industry has been hard hit after flower farmers decided to return home with no exports going outside the country. This was after the National carrier Kenya Airways cancelled all international flights.

In a press briefing on the state of the coronavirus in the country, Health CS Mutahi Kagwe acknowledged the logistical challenges and apologized to all the affected individuals, assuring that everything would-be set-in order.

Kenyans have been urged to remain vigilant of the virus and report suspected cases to the authority. President Uhuru Kenyatta warned against those who are willing to risk the lives of others by spreading it to the rest of population.

Individuals who breach and isolate rules aimed at curbing the spread of the virus which has killed more than 11,000 people globally, the government said they risk a fine of up to Ksh30,000 or a jail term of up to three years.