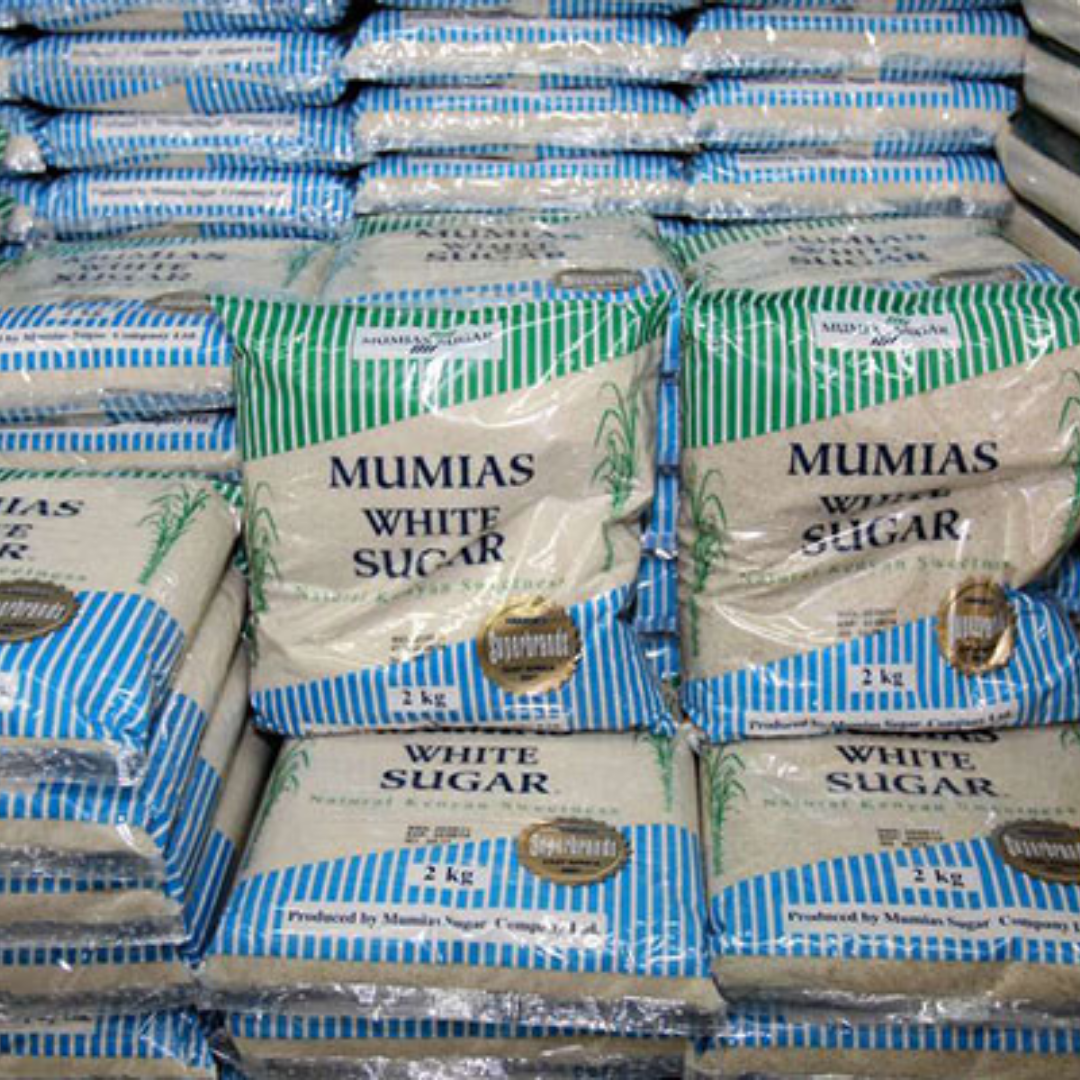 President Uhuru Kenyatta on Monday received the sugar task force report from Kakamega Governor Wycliffe Oparanya at State House on Monday. In the report, the sugar levy was among the key recommendations.

Other key recommendations include privatization of public sugar mills to enhance their efficiency and the enactment of the Sugar Act. The head of state, however, said the Government will implement all recommendations of the Taskforce as part of ongoing efforts to revive the sector.

But what exactly is the state of Kenya’s sugar industry? Let’s take a look at some key numbers.

Production of sugar in Kenya is currently dominated by privately owned sugar millers led by West Kenya Sugar Company which has a 30.1 percent share of the market.

In 2015, Mumias sugar was the market leader in terms of sugar production. However, private sugar millers have continued to take the lead with former market leaders and state-owned millers performing dismally.

Sugar consumption has been increasing since 2016 and as of 2018, the commodity consumption in Kenya was about 980,000 metric tonnes.

The cost of producing a tonne of sugar in Kenya

The cost of producing sugar in Kenya is comparatively higher than that of other sugar-producing countries within the COMESA region, standing at between 600 to 700 dollars per tonne – equivalent to Ksh60000 to Ksh70000 per tonne.

The figures are twice that of other key sugar-producing countries within COMESA region which include; Malawi and Swaziland, making Kenya an attractive export market for COMESA and challenging the business case for domestic sugar production.