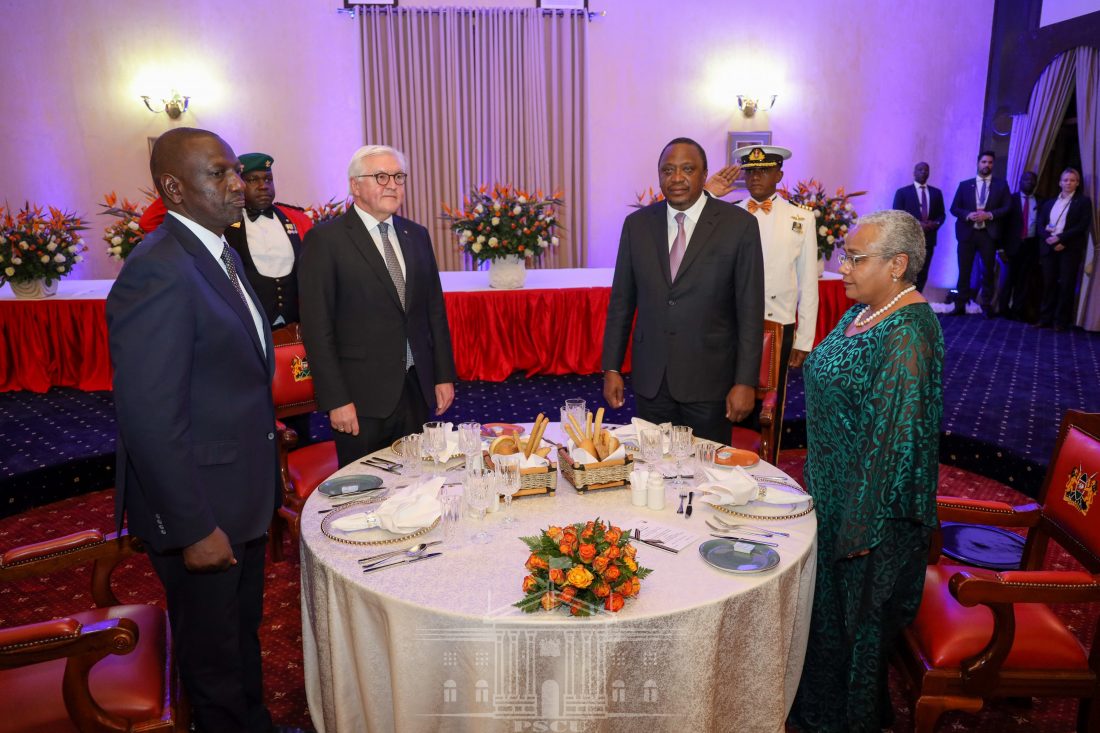 President Uhuru Kenyatta has said youth are Africa’s biggest untapped resource that countries seeking to invest on the continent ought to prioritize.

The President said the African continent has one of the highly innovative and skilled youthful manpower which if properly deployed, has the potential to tilt the world economy.

“We always look at the continent (Africa) and look at its resources that lie below the ground but I want to assure you the greatest resource we have is not what is below the ground but it is the men and women that God has given us who given an opportunity can help transform not just their respective countries and continent but the world at large,” the President said.

He said this at State House, Nairobi when he and First Lady Margaret Kenyatta hosted a state banquet in honour of the visiting German President Frank-Walter Steinmeier.

The Head of State said the first ever visit to Kenya by a German President was historic adding that Kenya was keen on benefitting from a technology transfer arrangement with the European nation.

Besides technology, the President said Kenya and Germany were pursuing avenues for more people-to-people interactions and enriching cultural exchanges.

The President, who was joined at the banquet by Deputy President William Ruto and opposition leader Raila Odinga, said Kenya will continue working closely with Germany in ensuring global peace, stability and security.

He said economic prosperity would not be achieved if nations are not able to establish structures for peaceful co-existence.

“We live in a difficult neighborhood but we also know that to survive and to prosper we need to work with our neighbors. Germany too believes that to survive and prosper it cannot do it alone you need partners. And Kenya is here to say that we want to be a willing partner for Germany,” President Kenyatta said.

President Steinmeier said the world is faced with a myriad of challenges that can largely be solved through partnerships.

He singled out climate change as an issue that requires a collective approach by all global actors to manage.

“We are the first generation to live in an age in which humanity is able to irreversibly change the living conditions on the planet.

“Only the concept of a global order offers the opportunity to formulate persuasive answers to the challenges of the Anthropocene. Africa and Europe need one another if they are to find these answers as part of the international community,” the German President said.

President Steinmeier said it is only through deeper international cooperation that countries will be able to effectively deal with the effects of climate change.

He said Germany has a lot to learn from Kenya’s innovativeness especially in the energy and telecommunications sectors where the country has made tremendous progress.

“We Germans can learn a great deal in and from Kenya. How solar energy can be used to power cargo bikes, how mobile phone based electronic payment systems work and how an upcoming start-up sector is producing sustainable fashion,” the German leader told an audience that included several senior government officials, diplomats and businessmen.