China sends 100,000 ducks to its border in readiness for locusts 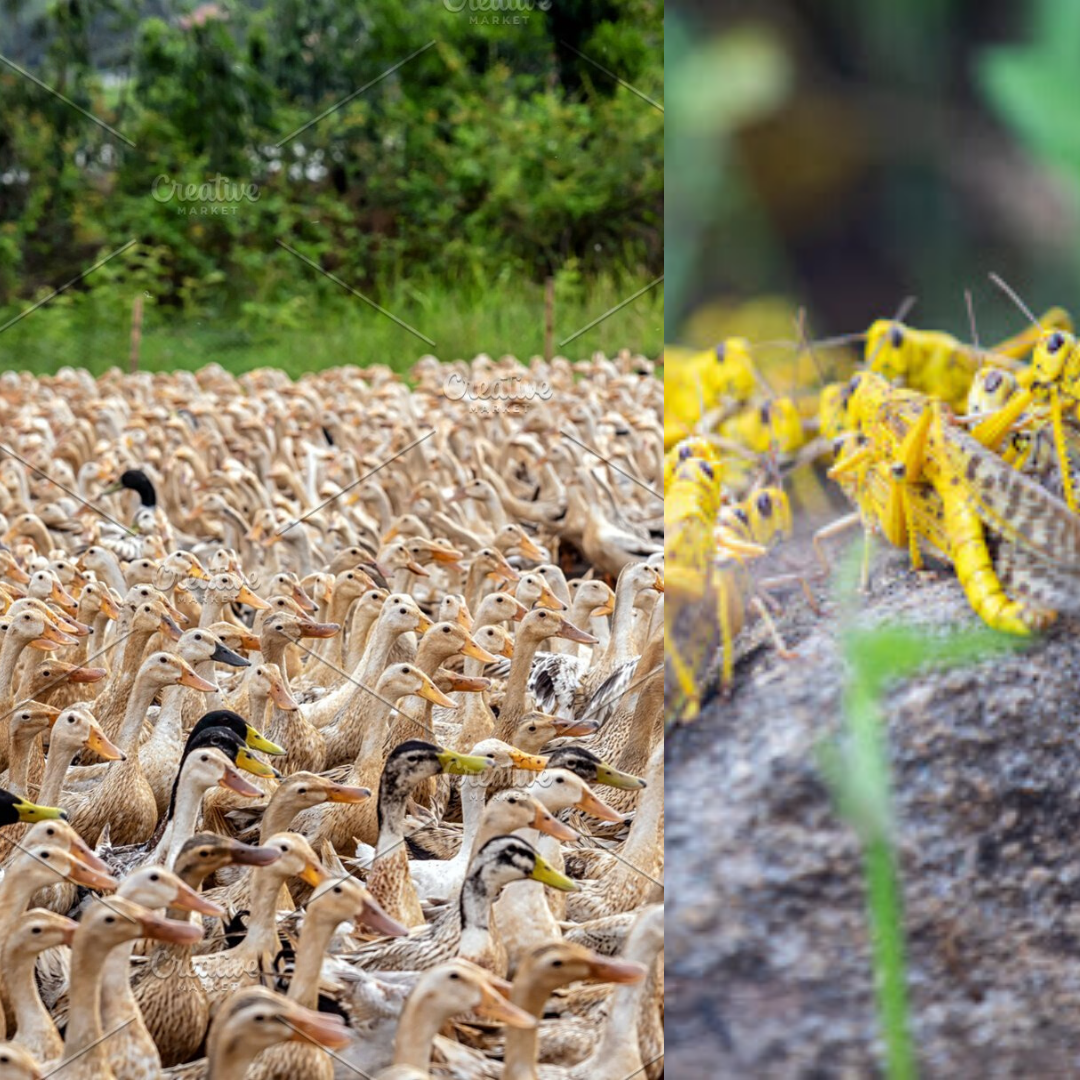 China reportedly deployed 100,000 ducks to its borders in readiness for locusts which are expected to invade the region.

China’s media outlet reported that the birds were dispatched to the Xinjiang border where China nears Pakistan and India, with videos exhibiting multiple of ducks headed to the border.

Locusts have invaded some of the Asian countries with China and India being latest and are now staring at a possible threat of food shortage.

The United Nations’ Food and Agricultural Organization (FAO) previously warned that the locusts could ravage more countries in Eastern Africa and threaten the livelihood of many more people.

Africa has been hard hit by the plague, with the East African region being the most affected. The latest report from the Kenyan government indicates that locusts have affected nearly 15 counties.

The swarms, first sighted in December 2019, have already destroyed tens of thousands of hectares (acres) of farmland in Kenya, Somalia and Ethiopia, threatening food supplies in the worst locust invasion in 70 years.