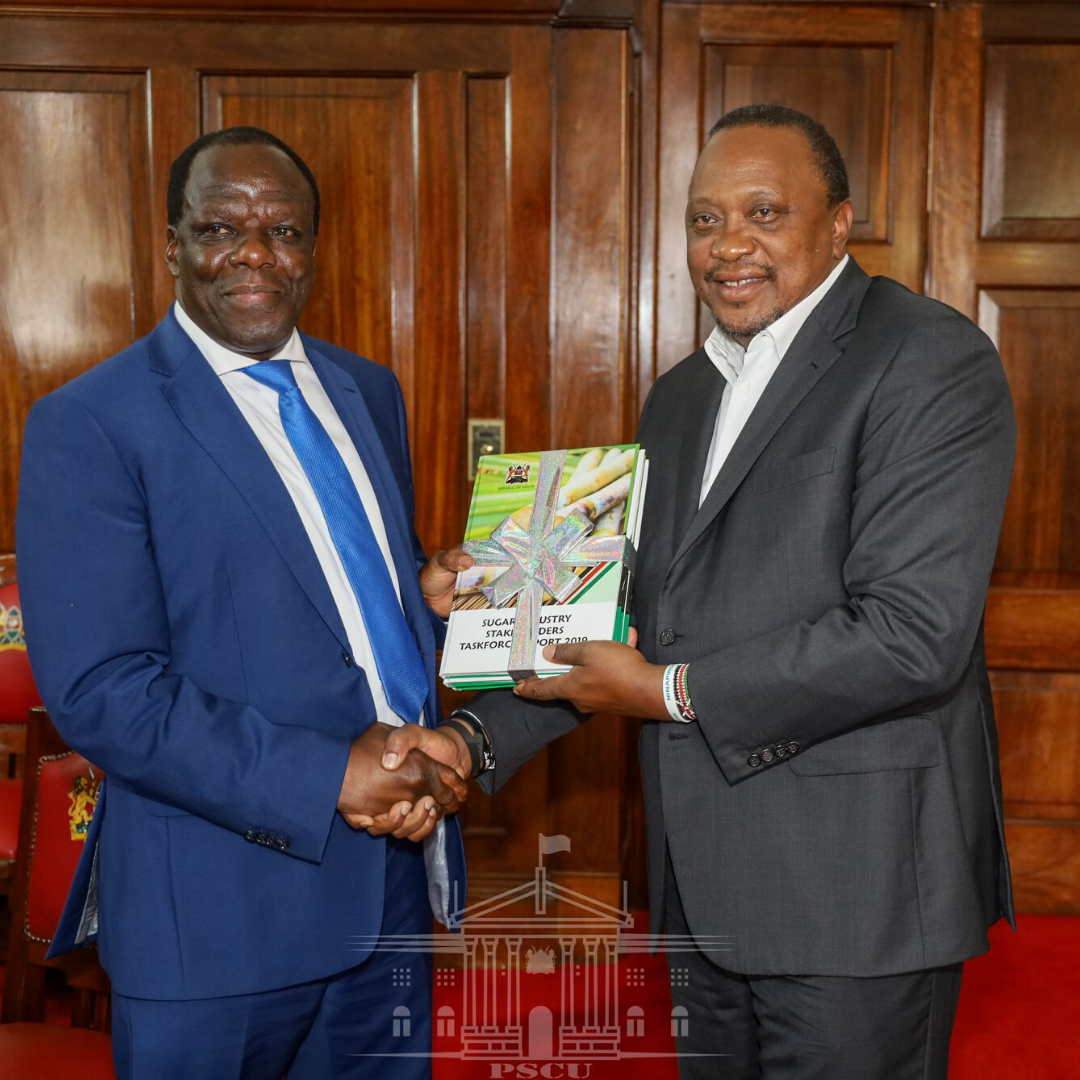 The president said sugar levy will be re-introduced and will be charged on consumers to raise the revenue needed to assist farmers to develop their sugarcane crop.

Sugar levy was among the key recommendations the president has promised to implement.

He said the Government will implement all recommendations of the Taskforce as part of ongoing efforts to revive the sector.

Other key recommendations include privatization of public sugar mills to enhance their efficiency and the enactment of the Sugar Act.

Uhuru told the taskforce co-chaired by Governor Oparanya and Agriculture Cabinet Secretary Peter Munya that the Government is keen to ensure Kenyan sugarcane farmers earn decent incomes from their crop.

“As leaders ours is to ensure farmers get maximum returns from their sweat,” he said as received the report.

On privatization, Uhuru who was joined by Deputy President William Ruto said the Government doesn’t need to engage in business as its role is in facilitating farmers to get the best seed, fertilizer and other farm implements.

“The private sector will do business while ours is to support farmers’ interests. Let us look for more innovative ways to achieve this as long as it is done in a transparent manner,” Uhuru said.

Other proposed reforms include the gazettement of the sugar sector regulations including import rules, amendment of the AFA Act and Crops Act in line with the 2010 Constitution, and a review of the taxation regime in the sector to enhance investor incentives.