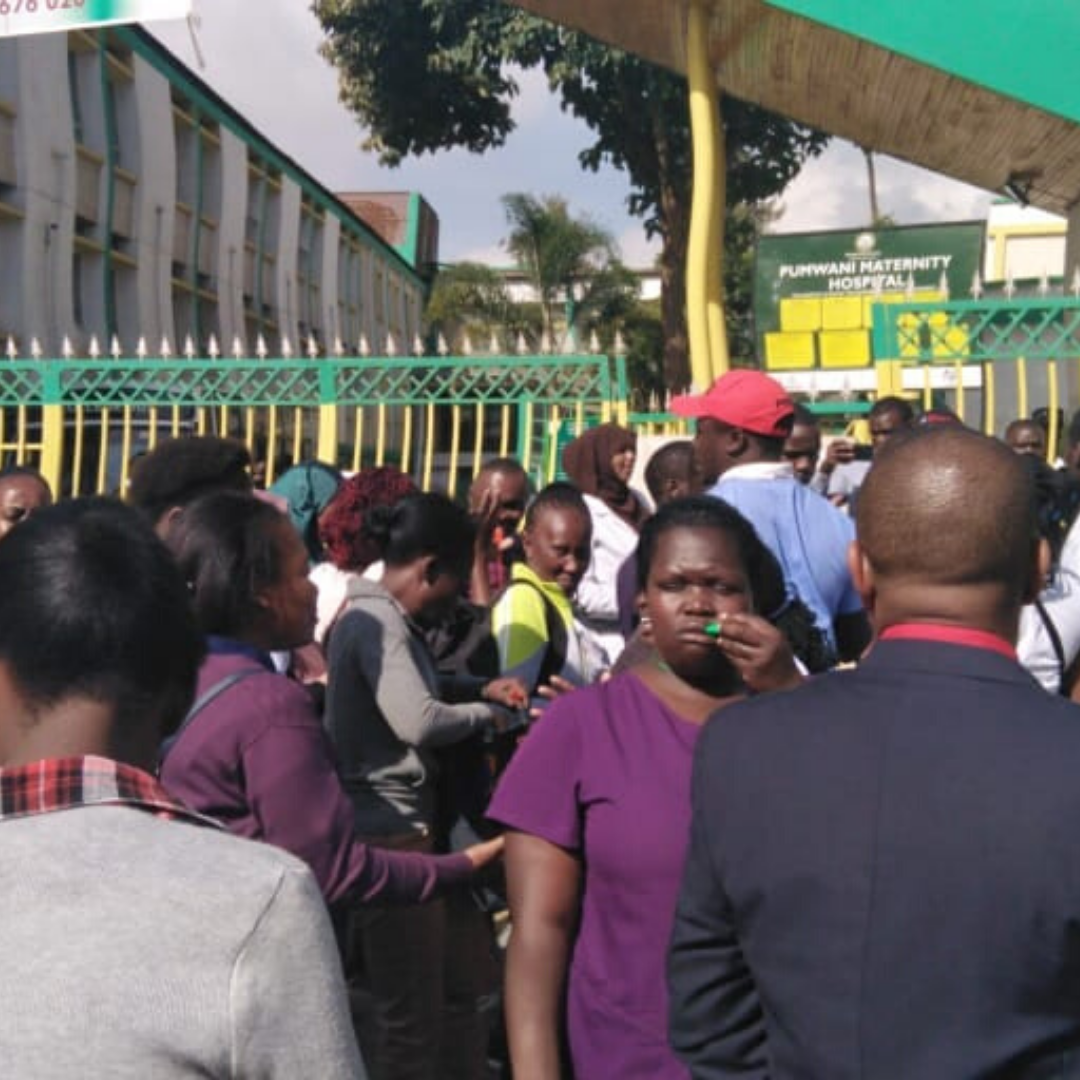 Contracted Health workers based at Pumwani Maternity Hospital took to the streets on Monday to demand for their four months unpaid salaries.

Over 60 medical workers accused the government for holding back their dues since November last year.

The hospital’s administrator Geoffrey Mosiria admitted that indeed the workers had not been paid for the last four months and the County government of Nairobi was in the process to finalise their pay.

“Yes they have not been paid since November but the process of payment is ongoing at the county government. We forwarded the list of those nurses and doctors and anytime from today they will receive their pay,” said Mosiria.

The workers accused the hospital admiration of frustrating them and vowed not to return to work unless their dues are settled.

Mosira, however, insisted that operations at the hospital are going, noting that the workers on strike are hired on short-term

“I want to inform members of the public that there is no strike in Pumwani. Our county nurses, doctors and other cadres are at work,” he said.