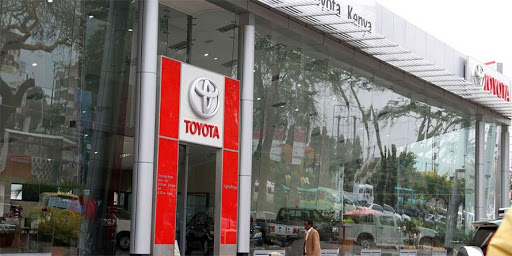 Toyota Kenya has forecasted a 5% growth this year in its market share. Managing Director Arvinder Reel said the anticipated growth will be driven mainly by the availability of finance following the repeal of the interest rate cap as well as increased local production of vehicles through the local assembly plant.

He said the company garnered a 49 percent market share in the vehicles segment by the end of 2019 despite an 8 percent decline in the overall car market in the country.  He added that the company has put in place measures to ensure it continues on its growth trajectory.

The motor vehicle industry is expected to drive the manufacturing sector in contributing in Kenya’s GDP from 9.2% to 15% by the year 2022.

The MD said that Toyota Kenya is aiming to expand its local assembly capacity beyond its current capacity of 35,000 vehicles per year.

“We are now in the process, we have our Japan team, we have about 10 people already at the factory fixing new equipment and we will be introducing new models from April to June”. He said.

Toyota Kenya’s market share went up to 49% from 36% in the vehicle segment and 24% growth up from 16% in the other segments in the market share.

The company’s portfolio has grown in the last 7 years which has seen it acquire DT Dobie Company – which has long been associated with the Mercedes Benz brand as well as distributor of the Suzuki vehicle brands.