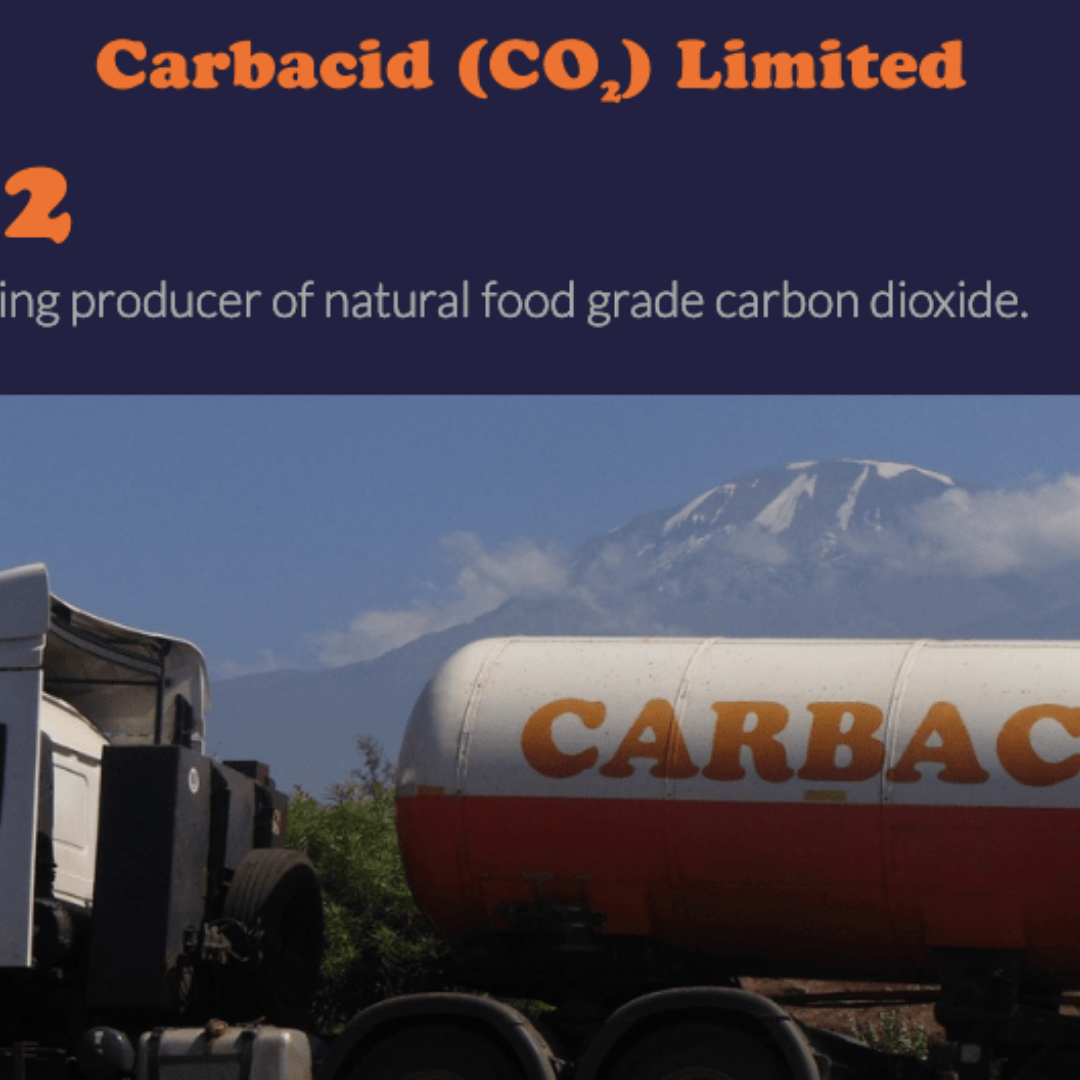 Carbacid Investments, the leading supplier of pure natural carbon dioxide gas in East Africa, recorded a 51 percent growth in its pre-tax profit to Ksh232.5 million during the half year period ended January 31, 2020.

The profit jump was mainly driven by a swing in the revaluation of its equity investments from a loss of Ksh48 million to a Ksh3.1 million gain on its books.

The firm’s turnover during the six months period rose by 15.7 percent to Ksh138.7 million.

The firm’s board of directors, however, lamented that mining royalties and County government demands are putting more pressure on its operation costs and margins.

It’s earnings per share have since risen by nearly 71 percent to 70 cents per share compared to Ksh41 cents during a similar period last year.

In March 2019, Carbacid issued a profit warning to its investors for its Half year pre-tax profit when it dropped from Ksh165 million to Ksh105 million, a 36 percent decline in its profits.

Although its revenues grew by 1 percent to reach KSh305 million, Carbacid’s profit declined due to the high cost of sales and administrative expenses. Both expenses moved up 7 percent and 22 percent to reach KSh142 million and KSh60 million respectively.

How one café in Nai