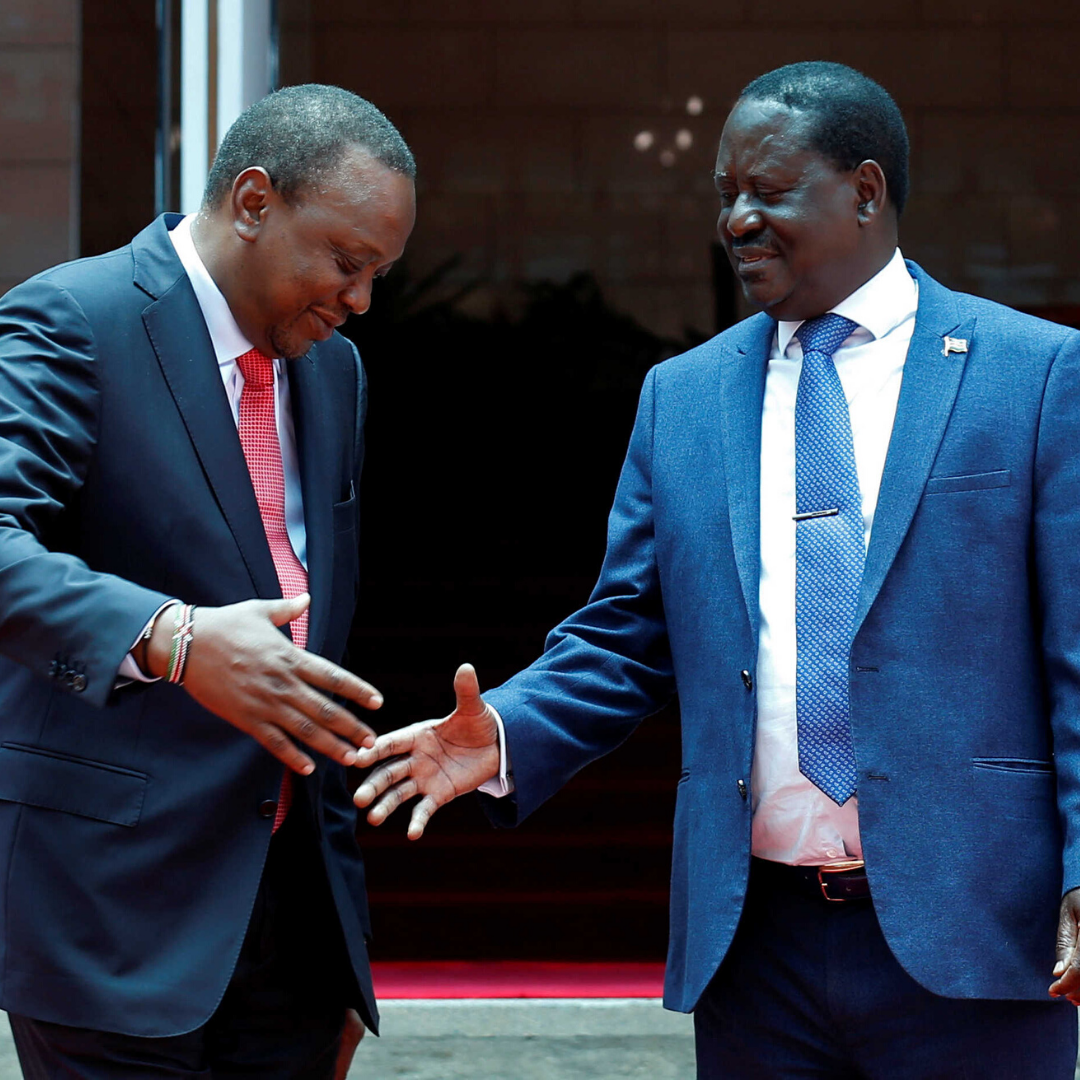 President Uhuru Kenyatta and former Prime Minister Raila Odinga were on Wednesday the keynote speakers at a luncheon organised to mark this year’s US National Prayer Breakfast in Washington DC.

The President recounted the destabilising impact post-election conflicts have had on the country’s growth over the last thirty years saying the Building Bridges Initiative (BBI) is aimed at finding a homegrown solution to the divisive nature of Kenyan politics.

He noted that divisive politics and the resultant ethnic tensions negatively affect the country’s development trajectory saying, “Once the election comes, everything stops…business stops one year before an election and restarts one year after an election”.

“It is impossible to bring prosperity and longterm economic stability that’s required for a nation to develop and grow without stable peace.

“Everybody used to plan their businesses around the election cycle,” President Kenyatta told the international audience that comprised mostly of senior American officials.

President Kenyatta, who retraced Kenya’s history of election-related ethnic conflicts since the adoption of multiparty democracy in the early 90’s, said his coming together with his main political challenger Raila Odinga was motivated by the realisation that the disruption of the economy by electoral tensions every so often was not sustainable.

He narrated the tense and long process leading to the “handshake” with Mr Odinga saying they went against the hard-line positions held by their supporters.

“We sat in a room and it took almost six hours for us to even begin talking anything…it was, what you call, excruciating silence because nobody wanted to be the first to say anything,” President Kenyatta said.

The Kenyan leader expressed satisfaction that millions of Kenyans have joined and are participating in the BBI process saying democracy cannot thrive in an environment of political uncertainty.

He continued: “Since then, we have walked as brothers, we have brought onboard (Kenyans) and said that this process that we’ve started is not a political process but rather a process that seeks to entrench our democracy.”

The President said through the BBI, Kenya had began the process of reconciliation and national healing adding that his greatest desire is to leave a peaceful and united country.

“The greatest gift that me and my brother (Raila Odinga) can possibly ever leave the people of Kenya is the gift of peace, the gift of love and unity of all our people. And that’s the mission that we are on,” he said.

Former Prime Minister Raila Odinga said he shares the President’s determination and commitment to achieve national cohesion through the BBI process by building trust and unity among Kenyans.

The opposition leader said BBI is a historic journey to a united and stable Kenya adding that the process will also help address several challenges facing the country including youth unemployment, corruption and negative ethnicity.

“We discovered that there were no national ethos. We talked about shared prosperity or disparity in terms of regional development, ethnicity as a factor that divides our people. We talked about issues of corruption as a cancer in our society,” Mr Odinga said.

President Kenyatta was introduced to the distinguished audience by Senator Christopher Coons who is the Chairman of the Subcommittee on African Affairs of the Senate Foreign Relations Committee.

The Delaware Senator spoke glowingly of President Kenyatta and opposition leader Raila Odinga saying the determination by the two Kenyan leaders to unite their country by reaching out to each other and closing ranks makes them global role models.