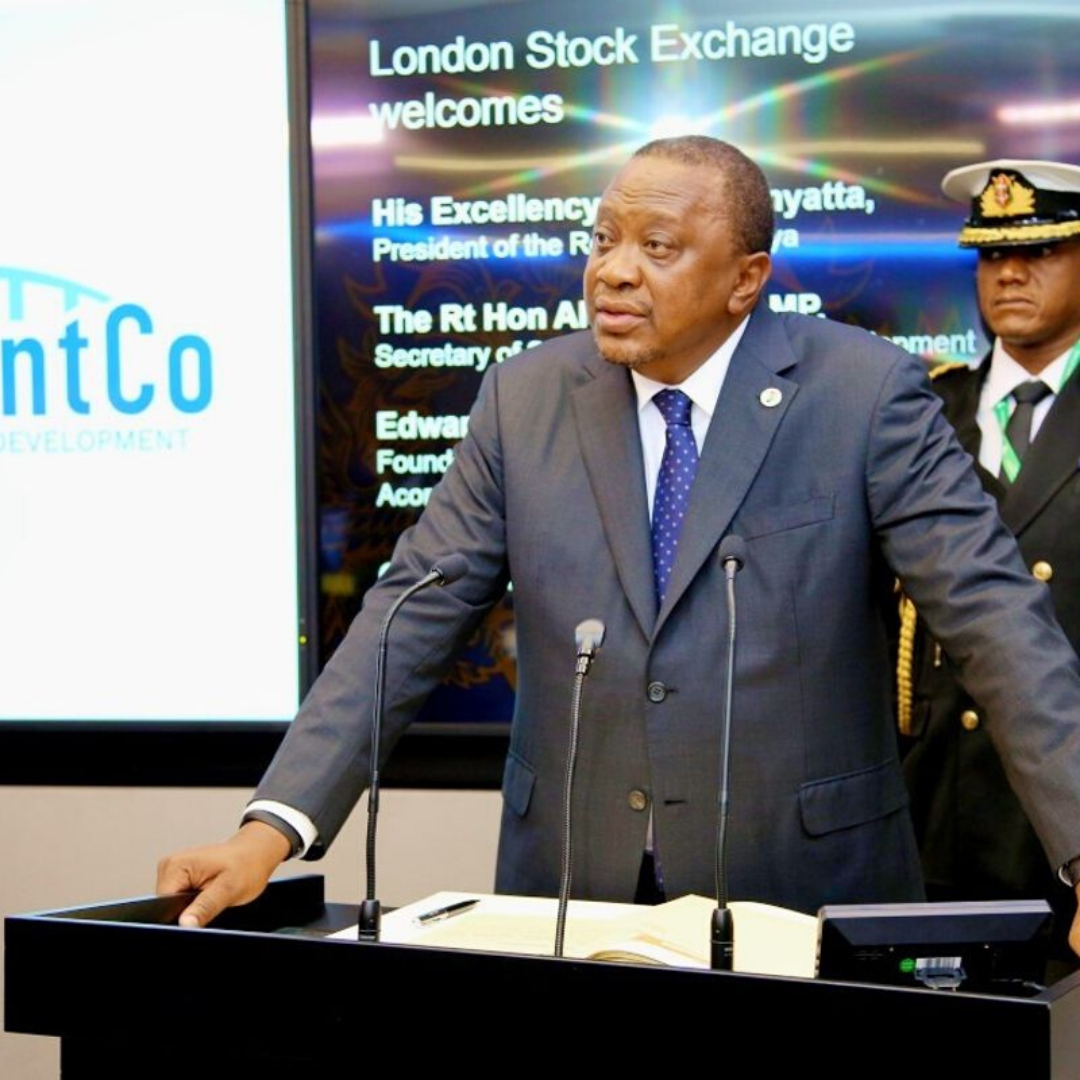 Kenya’s first-ever green bond was listed on the London Stock Exchange, becoming the first Kenyan shilling bond to be listed on the global markets – the inaugural “Simba Bond”.

The listing of the bond was officiated by President Uhuru Kenyatta who rang the bell to kick off trading of Kenya’s maiden green bond.

President Kenyatta is in London to attend the UK-Africa Investment Summit, which has brought together 21 heads of state and government from across Africa.

The Ksh4 billion bond was floated by a Kenyan property development firm, Acorn holdings to raise funds for the development of 50,000 environmentally friendly accommodation units for university students in Nairobi.

The UK announced a package of over Ksh 171 billion worth of deals on jobs and investment in Kenya on Monday at the UK-Africa Investment Summit in London. The investment deals will span across housing, finance, renewables, and entrepreneurship.

During the summit, Diageo – the main shareholder of East African Breweries, announced plans to invest Ksh22 billion to build state of the art, environmentally friendly breweries in Kenya and wider East Africa.

This investment is supporting over 100,000 direct and indirect jobs, including recruiting 15,000 new farmers taking the total number of farmers employed in EABL’s Kenyan supply chain to 45,000.