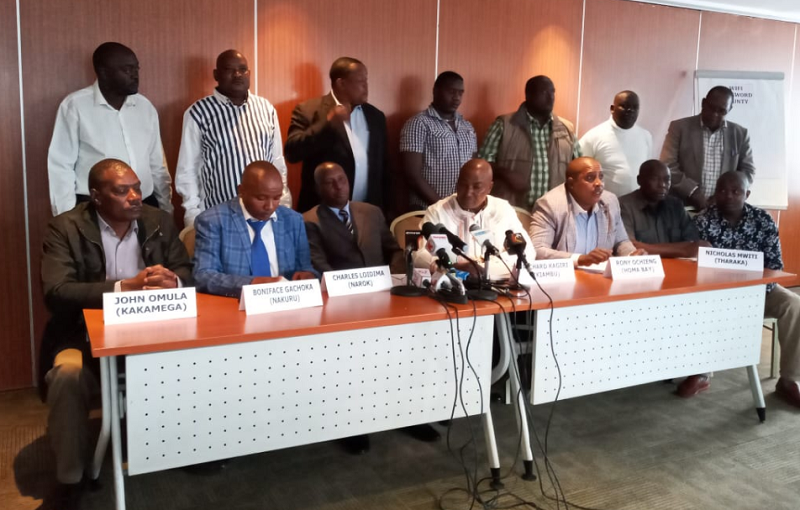 The ongoing legal dispute over the engraving of half-liter beer bottles between East Africa Breweries limited and Keroche breweries are now threatening to boil over.

This is after the council of county bar owners read a riot act on the two brewers, saying the ongoing tussle is hurting their businesses.

The bar owners have threatened to move to court within the next two weeks if the matter is not resolved.

From the onset, it looked like a supremacy battle between two brewing companies – East African breweries limited and Keroche breweries.

A contest that begun on December 20 when EABL issued a notice informing the public of the ownership of bottles and bottle crates that are engraved with the EABL trademark.

Keroche reverted with a notice on December 24 that accused EABL of using its dominance to stifle competition and drive it out of business, forcing six distributors of Keroche breweries to move to court.

In documents filed in court, the distributors contend that allowing Kenya Breweries Limited (KBL) and EABL exclusive use of the brown bottles is irrational, unreasonable, an abuse of intellectual property and misuse of dominance.

And now, the council of county bar owners have waded into the ongoing tussle which they say is hurting their business.

Boniface Gachora, the council’s representative in Nakuru county has said the bar owners will file a case against the two breweries if they don’t end their tussle.U

With county bar owners having declared their position in the matter, the matter still rests with EABL and Keroche who may choose to either end the tussle for the sake of continued business or face the wrath of agitated bar owners from across the country.