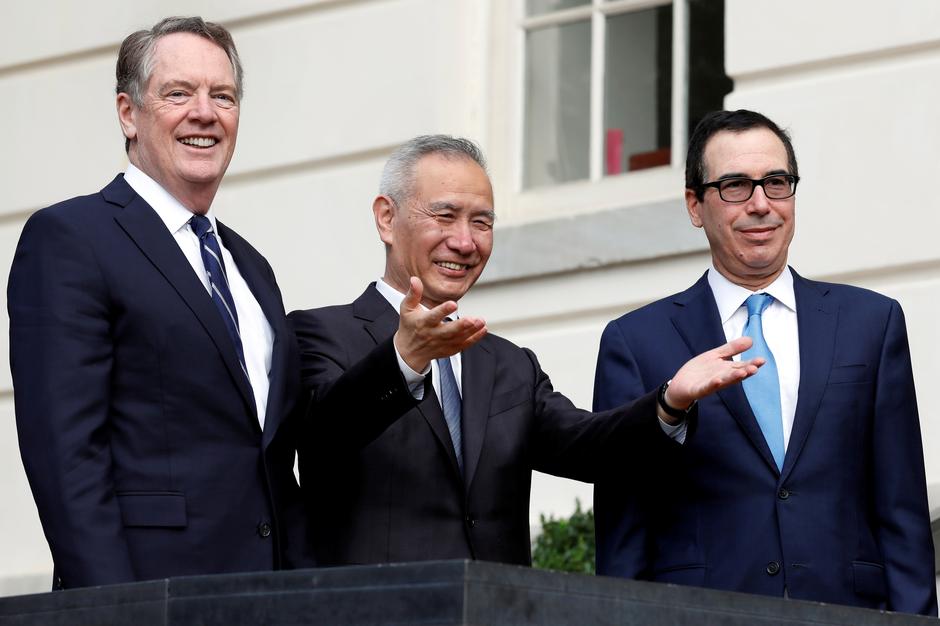 The “phase one” US-China trade deal will nearly double U.S. exports to China over the next two years and is “totally done” despite the need for translation and revisions to its text, U.S. Trade Representative Robert Lighthizer said on Sunday.

Lighthizer, speaking on CBS’ “face the nation” program, said there would be some routine “scrubs” to the text but “this is totally done, absolutely.”

The deal announced on Friday after more than two and a half years of on-and-off negotiations between Washington and Beijing, will reduce some U.S. tariffs on Chinese goods in exchange for increased Chinese purchases of US agricultural, manufactured and energy products by some $200 billion over the next two years.

China has also pledged in the agreement to better protect U.S. intellectual property, to curb the coerced transfer of American technology to Chinese firms, to open its financial services market to U.S. firms and to avoid manipulation of its currency.

Asian shares rose on Monday, with the MSCI’s broadest index of Asia-Pacific shares outside japan hitting a near eight-month high although investor caution over a lack of details capped gains.

A date for senior U.S. and Chinese officials to formally sign the agreement is still being determined, Lighthizer said.

Chinese purchases of agricultural goods are expected to increase from $40 billion to $50 billion annually over the next two years, Lighthizer said.

The United States exported about $24 billion in farm products to china in 2017, the last full year before the world’s two largest economies launched a tariff war on each others’ goods in July 2018.

Several Chinese officials told Reuters the wording of the agreement remained a delicate issue in the current stage of negotiations and that care was needed to ensure expressions used in text did not re-escalate tensions and deepen differences during this time.

“(The deal) is a phased achievement, and does not mean that the trade dispute is settled once and for all,” said a source in Beijing with knowledge of the situation. That source said the signing and implementing the pact remained the main priority for success.