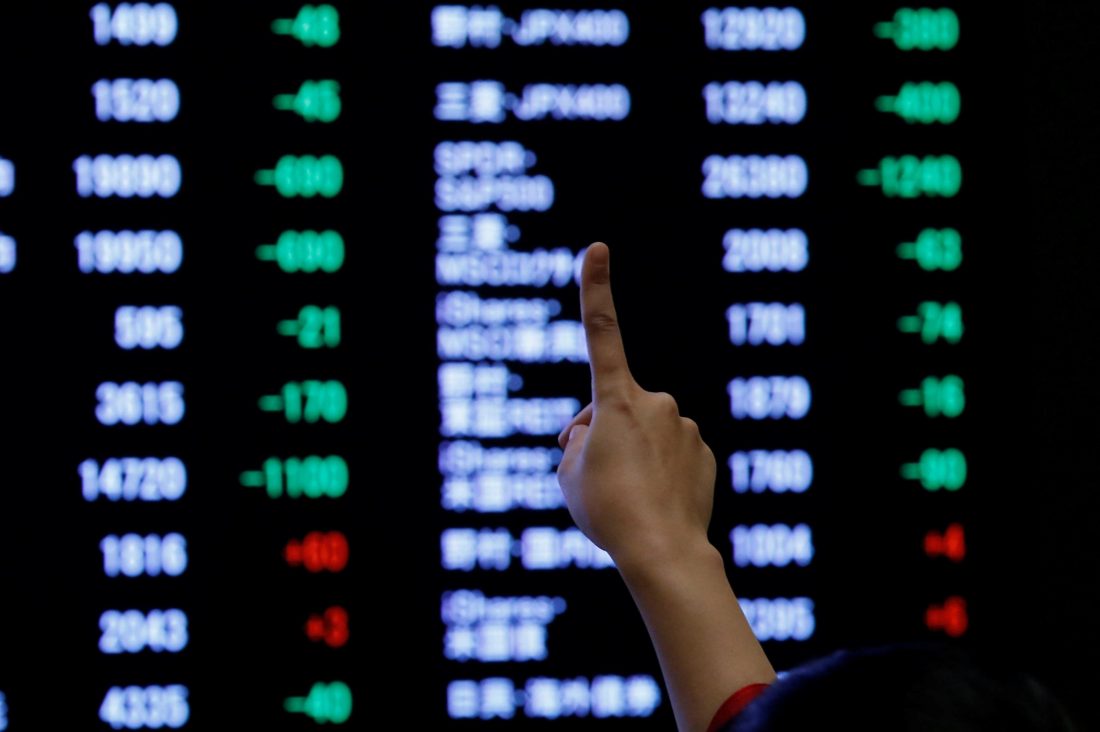 Global shares shuffled marginally higher on Monday to stand just short of the record peak struck in January 2018, with buyers encouraged by upbeat China manufacturing surveys and hopes that China and the United States will agree on a preliminary trade deal.

U.S stock futures gained 0.31% to near-record highs after a dip in a truncated U.S. session on Friday due to the Thanksgiving holiday.

European stocks are expected to post modest gains at open; with Pan-European Euro, Stoxx 50 futures were up 0.19%.

MSCI’s index of Asia-Pacific shares outside Japan was up 0.24%, reclaiming some of its loss on Friday while Japan’s Nikkei jumped 1.01%.

Mainland Chinese shares also went higher, with the Bluechip index rising as much as 0.68% from a three-month low hit on Friday, before paring gains to stand 0.16% higher.

The market enjoyed a boost after the Caixin/Markit manufacturing Purchasing Managers’ Index (PMI) index rose to 51.8 in November from 51.7 in the previous month, marking the fastest expansion since December 2016.

While US legislation supporting Hong Kong protesters last week raised concerns about US-China trade negotiations, investors are nonetheless holding the broad view that a further escalation in the trade war can be avoided.