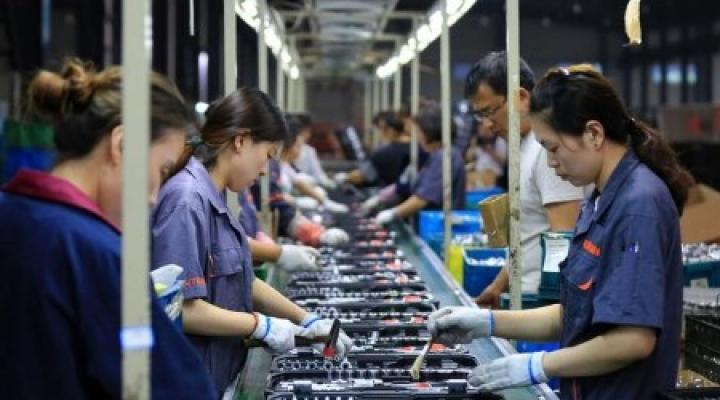 China’s factory activity showed surprising signs of improvement in November, with growth picking up to a near three-year high, a private sector survey showed on Monday, reinforcing upbeat government data released over the weekend.

But analysts remain concerned about deflationary risks in the sector, unconvinced that the worst is over yet for Chinese manufacturers. They say the sub-indexes of both surveys painted a picture of patchy recovery that will be difficult to sustain.

The Caixin/Markit manufacturing purchasing managers’ index (PMI) index rose to 51.8 in November from 51.7 in the previous month, marking the fastest expansion since December 2016, when it was 51.9. The 50-mark separates expansion from contraction on a monthly basis. Economists polled by Reuters had expected a dip to 51.4.

The survey and a similarly strong official PMI helped push Asian shares higher on Monday with China’s Bluechips rising as much as 0.68% before paring gains.

Total new orders and factory production remained at buoyant levels in November, although they both eased slightly from record highs in the previous month, when they grew the fastest in over six years and nearly three years, respectively.

Larry Hu, chief china economist at Macquarie group, cautioned that the improvement could be hit as many one-off tailwinds wear off, such as better sentiment on trade deal and warm weather. Business confidence slipped and companies were reluctant to replenish their inventories, worried about the uncertain outlook for demand and the prolonged China-US trade war, the survey showed.

China’s official factory activity gauge on Saturday also surprised, returning to growth for the first time in seven months as domestic demand picked up in response to stimulus measures. But gains were slight and export orders sluggish.