President Trump says the US has resumed talks with Taliban 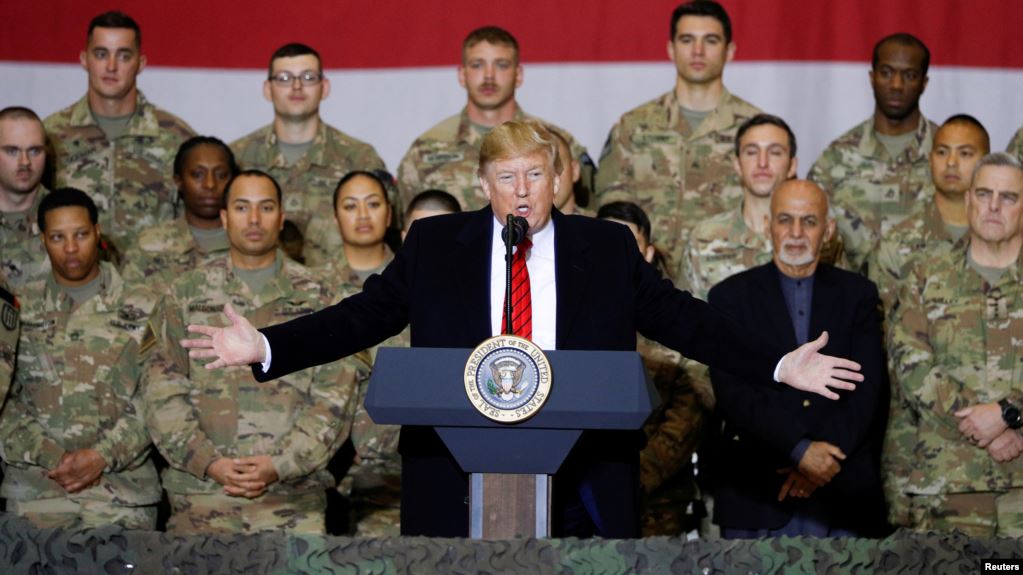 President Donald Trump said Thursday the United States had resumed talks with Taliban insurgents as he made a surprise trip to Afghanistan to celebrate the Thanksgiving holiday with troops.

On a brief visit to Bagram airfield outside the capital Kabul, trump served turkey dinner to soldiers, posed for photographs and delivered a speech after meeting Afghan President Ashraf Ghani.

About 13,000 us troops remain in Afghanistan, 18 years after the united states invaded following the September 11, 2001 attacks.

Trump said he planned to reduce the number to 8,600 and later added “we can go much further than that,” without giving details.

The United States earlier this year reached a deal with Taliban insurgents to pull us troops from Afghanistan and wind down America’s longest war in return for security guarantees.

But Trump made a shock move in September, describing the year-long talks as “dead” and withdrawing an invitation to the insurgents to meet in the united states due to the killing of an American soldier.

The Taliban refuse to negotiate formally with the Afghan government, though diplomatic efforts have continued to foster dialogue and an eventual peace deal.

Afghanistan remains roiled by violence, and us presidents are still only able to make fleeting, unannounced visits to Bagram the biggest American base in the country due to the security threat.

The Taliban last week handed over two hostages an American and an Australian — after three years in captivity in exchange for three high-ranking insurgent prisoners, a move seen as a boost to peace talks.