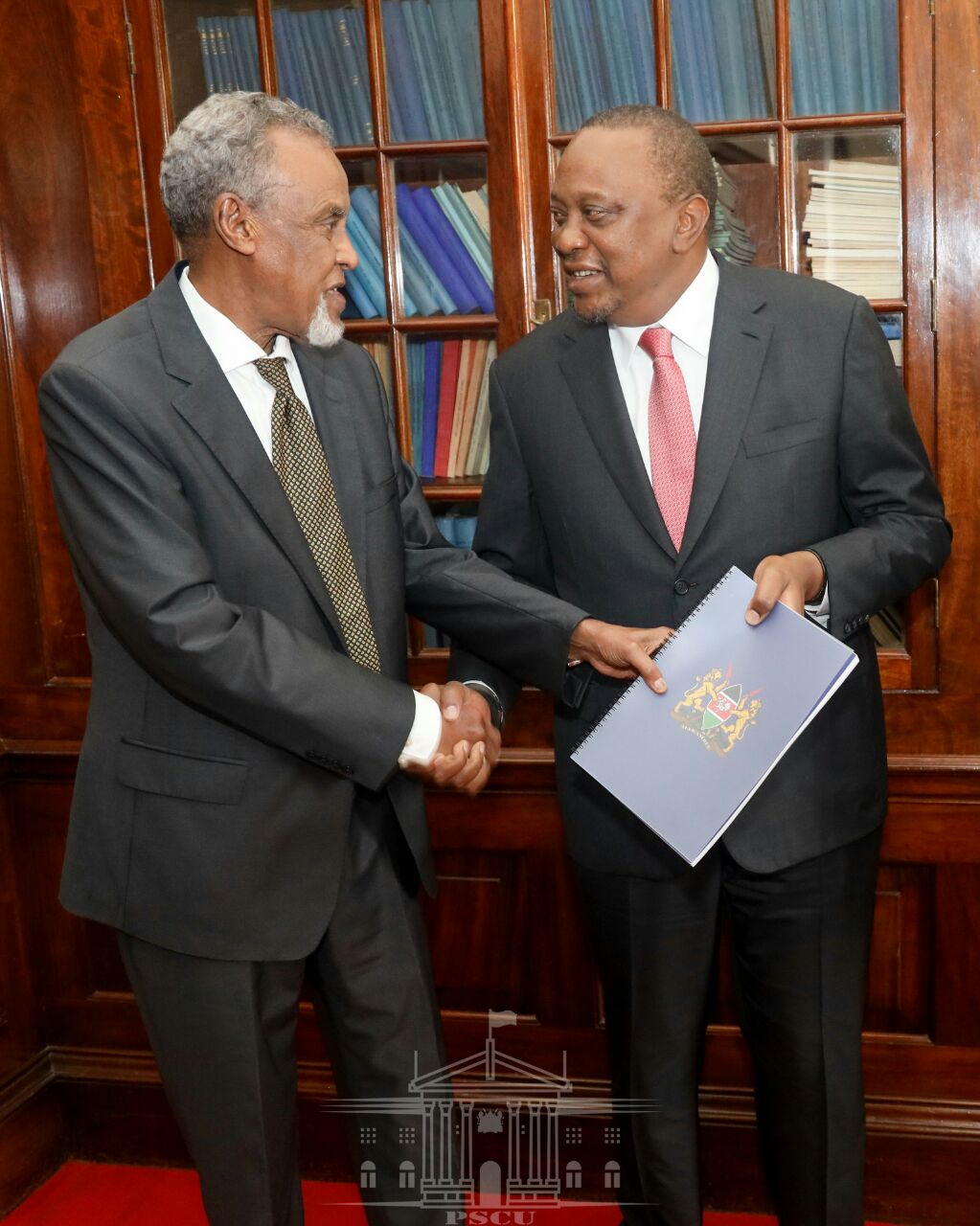 The report, whose contents will be revealed tomorrow, is the culmination of a process that began with talks between President Kenyatta and former Prime Minister Raila Odinga in March 2018 in the aftermath of the 2017 general election.

Among the key issues that the report is expected to address include corruption, inclusivity in government as well as the conduction of general elections.

President Kenyatta will officially unveil the report tomorrow at the Bomas of Kenya.

The report was presented to the president by the building bridges initiative task force chaired by Garissa Senator Yusuf Haji.

The highlights of th