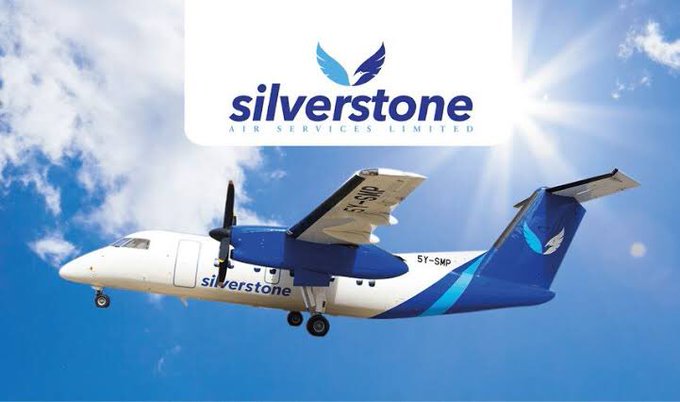 The Kenya Civil Association Authority has lifted the provisional suspension of Silverstone Air services imposed a week ago.

The development means that low-cost carrier Silverstone services limited can now breathe easy after a week of no operations following the grounding of its Dash- 8 fleet to allow inspection after a number of incidences.

A statement issued by KCAA indicates that the airline has provided satisfactory corrective measures as per the requirements of the civil aviation regulations 2018.

The reprieve that comes with the lifting of the suspension, however, might not be enough to save the airline after all.

A leaked memo indicates that the company issued a notice of redundancy to its entire staff on Monday citing huge losses in the wake of the KCAA directive.

Although the company has not reacted to the news of the memo inside sources say that the crew flying the grounded fleet have already been retrenched.