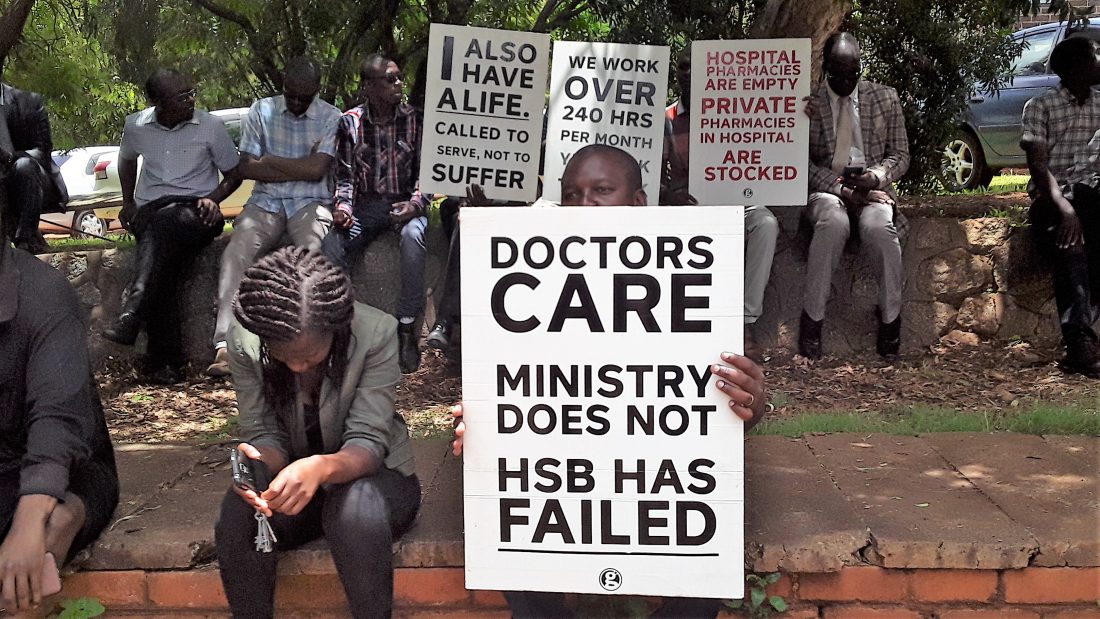 Zimbabwe has fired 211 public sector doctors who have been on strike for the last two months.

They were sacked after a meeting on disciplinary hearing that was held in their absence, with the government maintaining a hard line against a rebellious labour force.

“In line with section 4 of the Labour Act (National Employment Code of Conduct), the disciplinary hearings continue, whereby 516 out of 1,601 medical doctors employed in the public sector are expected to appear before the disciplinary tribunals. To date, 279 doctors have been served with charge letters, 213 hearings completed and 211 doctors found guilty of absenting themselves from duty without leave or reasonable cause for days ranging from five or more.

“The 211 doctors found guilty have been discharged from the health service. Three (3) doctors appeared in person before the disciplinary tribunals and two (2) doctors had their determinations reserved pending verification of their cases.”

The striking doctors said the dismissal of their colleagues would not resolve the crisis in state hospitals.

Many of the doctors whom have been on strike for about two months, are demanding that their wages not only be increased, but that they be paid in American dollars as a hedge against inflation.

On Monday, nurses in local authority clinics in the capital, Harare, also walked off the job. The nurses said that they, too, were unable to work because of poor wages.

The government of Zimbabwe said last month it had doubled doctors’ salaries. The doctors claimed it that was inadequate, as it would only increase their monthly salary to about 2,000 Zimbabwe dollars (Ksh566).

Economic crisis in Zimbabwe has been worsened by a drought that has left thousands of Zimbabweans in need of food aid and forced the government to go for scarce dollars to import grain.

Mnangagwa has asked for patience while his government tries to fix the economy. But hope has dimmed that he can end years of economic troubles that were a hallmark of the rule of the late Robert Mugabe, who was ousted in an army coup two years ago.

KRA to appeal the ru