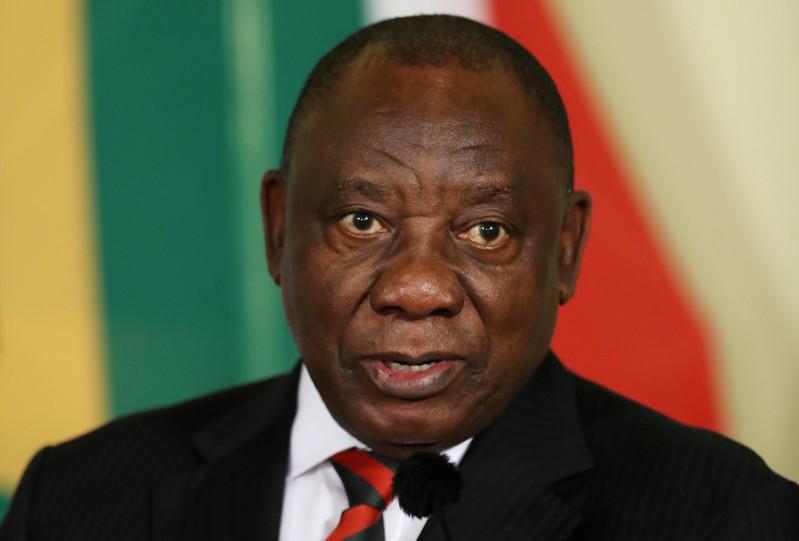 Analysts say some of the pledges include ordinary operating costs and some had come from state-owned firms.

They were skeptical the commitments were of sufficient scale to meaningfully change the bleak economic outlook.

Ramaphosa is trying to revive Africa’s most industrialized economy after a decade of stagnation. He has promised sweeping reforms, but progress has been slow due to opposition from labor unions and parts of his African national congress party.

“It is pleasing to see that investors still consider South Africa as a country that has much to offer,” Ramaphosa said.

At a summit last year, Ramaphosa set a goal of attracting $100 billion of new investments over five years and quickly secured more than half that amount in pledges.

But many of those promises are yet to translate into projects that could lower the 29% unemployment rate or lift the growth rate above last year’s level of 0.8%.

On Wednesday domestic firms MTN and Paper Company Sappi made some of the largest pledges, of 50 billion rand and 14 billion rand respectively. Carmakers, textiles firms and insurer discovery made others.

Of those that did, like Chinese electronics manufacturer Hisense, relatively small amounts were promised.

In his bleak medium-term budget last week, finance minister Tito Mboweni Slashed this year’s growth forecast to 0.5% and showed government debt would shoot up to more than 70% of gross domestic product by 2023.

A downgrade could trigger billions of dollars of outflows from South African government debt.