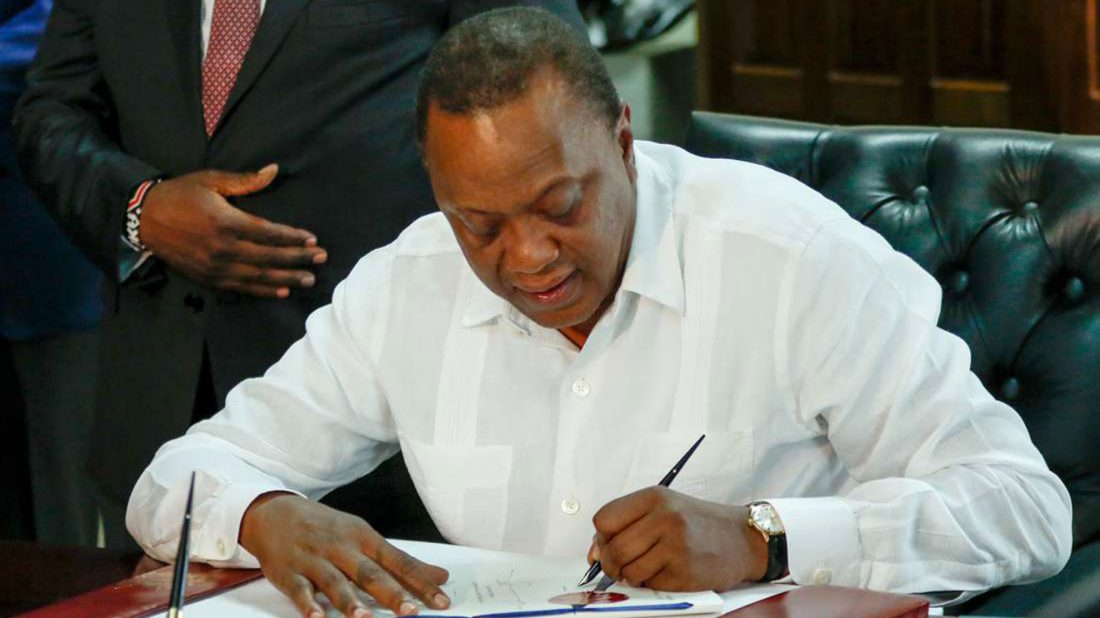 The Finance Act 2019 repeals section 33b of the Banking Act that provides for the capping of bank interest rates.

The new law also introduces tax on income raised from the proliferating digital marketplace as a measure of ensuring equity in taxation.

The move will ease access to credit my Micro, Small and Medium Enterprises (MSME) and the private sector

Finance Act 2019 exempts the National Housing Development Fund from income tax as part of government efforts to support the affordable housing pillar of the Big 4 Agenda,

This happens two days after National Assembly failed to stop the repeal on rate caps, over what was termed as lack of the threshold.

Members of Parliament present to vote against the bill were 161 against the required threshold of 233. They argued that the bill will have a great pinch on a common citizen in terms of accessing loans from commercial banks.

Earlier, MPs voted for President Kenyatta’s memo to be amended so that those who are already servicing old loans under the repealed regime would not be affected.

The amendment sailed through by a simple majority after Speaker Justine Muturi said it fully accommodated the president’s wishes.