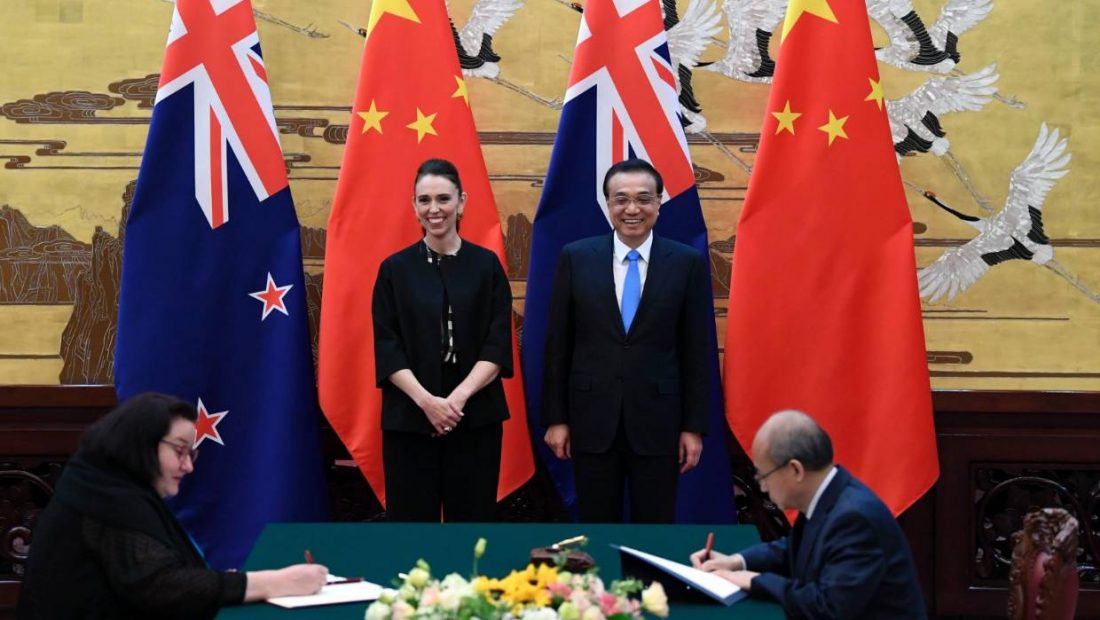 New Zealand said on Monday it has concluded a deal to upgrade its free trade agreement with China, which has been under negotiations for years.

The upgraded agreement will make exporting to china easier and reduce compliance costs for New Zealand exports by millions of dollars each year, the trade ministry said in a statement.

The upgrade would ensure nearly all New Zealand’s wood and paper trade to china will have preferential access over the next 10 years, it said.

According to Reuters, the upgrade also secures a commitment from Beijing to promote environmental protection and ensure environmental standards are not used for trade protectionist purposes, it added.

New Zealand was the first developed country to sign a free trade agreement with China in 2008. It has been working with Beijing to upgrade the agreement for the last three years.

The relationship hit a stumbling block under Ardern’s coalition government after it criticized China’s lending to the pacific, and rejected a bid to allow Chinese technology giant Huawei to take part in the country’s planned 5G network.

Ties, however, improved after Ardern’s trip to Beijing earlier this year.

New Zealand said existing conditions have been maintained on dairy trade in this upgrade, with all safeguard tariffs to be eliminated within just over two years for most products and four years for milk powder.

The next steps include legal verification of the draft text, with the signing and release of the text expected in early 2020, the statement said.

The US government hi