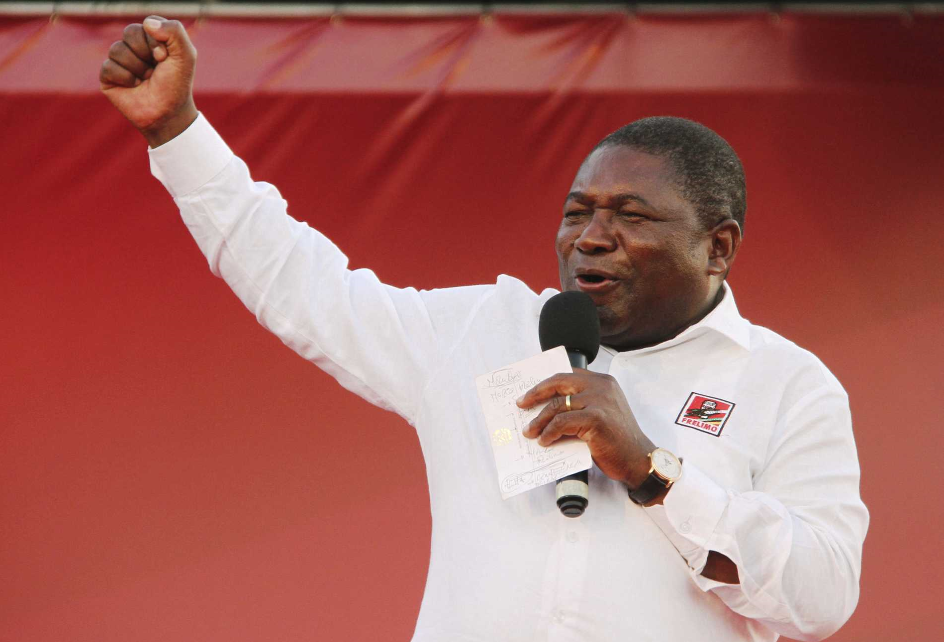 Mozambique’s incumbent President Filipe Nyusi has won a landslide victory in an election it was hoped would calm tensions.

Nyusi secured a majority of votes in the harshly contested presidential race, garnering 73 percent of the votes.

According to the National Election Commission (CNE) his party, the ruling Frelimo, also won big in the legislative and provincial contests.

During his second five-year term, Nyusi will be responsible for overseeing a gas boom led by oil giants such as Exxon Mobil Corp and Total, battling a festering Islamist insurgency and delivering on a peace deal signed two months ago.

He has been re-elected in a landslide victory with many who had hoped that the harshly contested period would calm tensions in a nation soon to become a top global gas exporter, but has instead stoked divisions as opposition parties cry foul.

Frelimo also won a majority in all 10 of Mozambique’s provinces in the provincial poll – a contest seen as central to the survival of the peace pact.

For the first time, provincial governors will be appointed by the majority party in each province rather than the government – a key demand of Renamo during peace talks.

The party had wanted to win control of a number of provinces in Mozambique’s centre and north to achieve this long-thwarted ambition for influence, but has instead come away empty-handed.