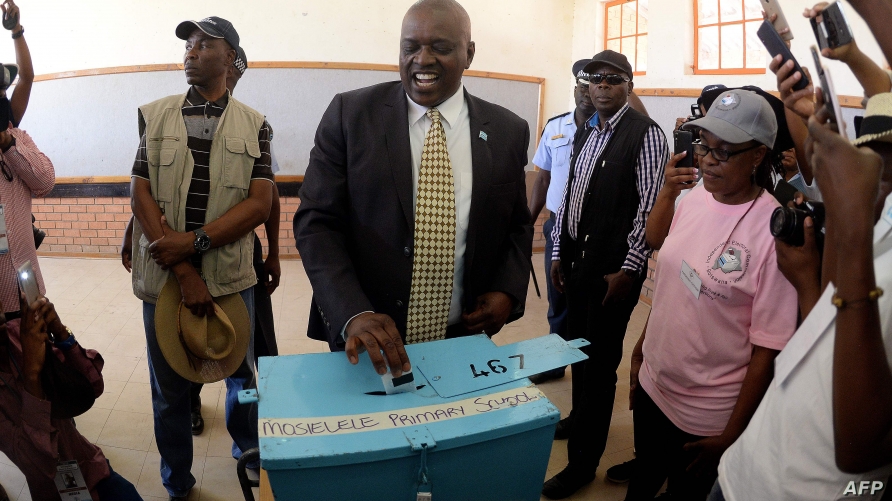 The ruling Botswana Democratic Party (BDP) has won the general election after securing 29 national assembly seats, representing 51% of the vote, the chief justice announced on Friday.

Botswana voted on Wednesday to elect 57 National Assembly and 490 local government representatives, with the candidate of the winning party set to become president.

“Although vote counting is still ongoing, the numbers of parliament seats attained so far by the BDP obliges me to declare Mokgweetsi Masisi as the elected president of Botswana,” said chief justice Terrence Rannowane.

The main opposition, the Umbrella For Democratic Change (UDC), secured 13 seats while the Botswana patriotic front won three and the alliance for progressive only one, with 73% of the voting districts counted so far.

According to a news report by Reuters, the BDP will now have to move swiftly to transform the economy. Since independence from Britain in 1966 the Botswana economy has grown at 8% a year to become one of Africa’s most successful, but it is now at risk of coming unstuck because of over-reliance on a single commodity – diamonds. Masisi, 58, is standing on his record on tackling corruption, such as making the declaration of assets obligatory for public sector officials. He has also overseen a sharp reduction in bureaucracy for small businesses