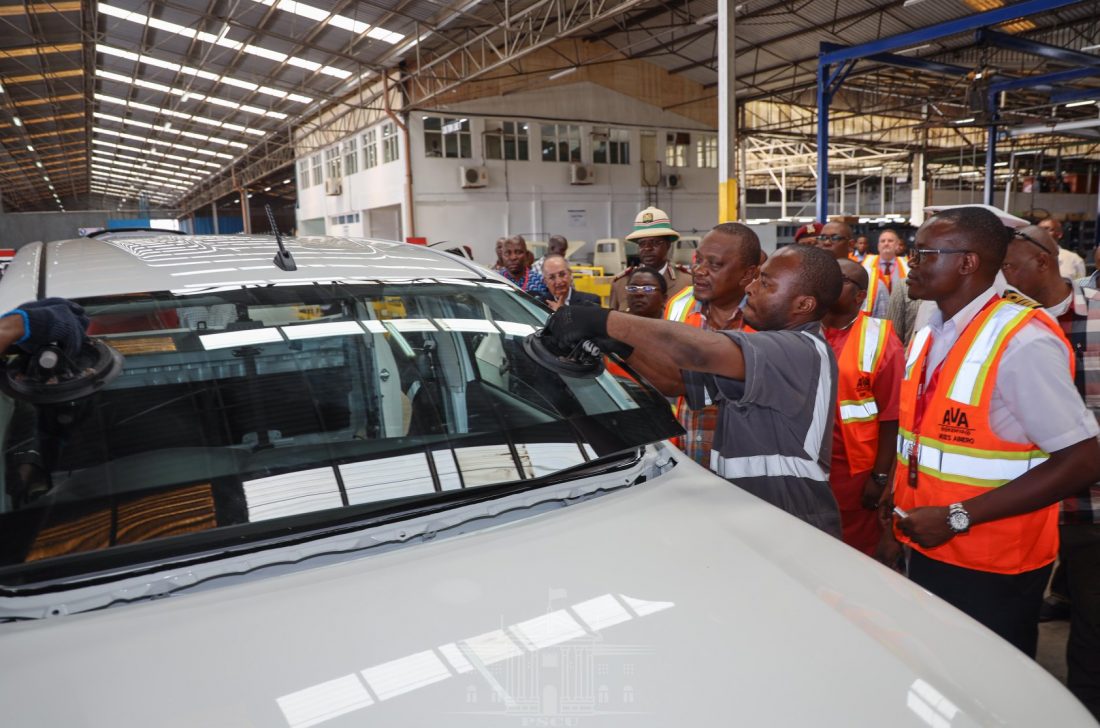 He warned against anyone with intentions of scuttling government policies that are aimed at creating jobs for Kenyans, said their efforts are futile.

The President spoke when he presided over the launch of Toyota Kenya’s new assembly plant at the Associated Vehicle Assemblers at Miritini in Mombasa County.

He said investors who are interested in winning government supply tenders especially in the automotive sector should get into the business of local assembly or manufacturing.

“The public sector has clear instructions to prioritise locally assembled vehicles in their procurement decisions. However, I have noted with concern, that some of the players in the automotive sector are actively campaigning against this initiative by the government to support the investment in local assembly of motor vehicles,” said the president.

Private sector actors were however urged to put the interests of the country first and to adjust their business models to fit into Kenya’s development aspirations.

“As we implement the “Buy Kenya” agenda, we expect the private sector to reciprocate by investing in full automotive manufacturing; form joint ventures, training and building the capacity of local Small and Medium-sized Enterprises (SMEs) to provide local content inputs,”

The President challenged Toyota to scale up its investments in Kenya from assembling vehicles to tier one component manufacturing and the eventual establishment of a fully integrated vehicle manufacturing plant in the country.

He said the government is putting together a National Automotive Policy as part of measures to support local vehicle manufacturers.

The Ministry of Trade, Industry and Cooperatives chaired by Cabinet Secretary Peter Munya was called upon to present the policy to Cabinet for approval within three weeks.

“The overall objective of the policy is to provide our domestic industry with opportunities to achieve competitiveness in manufacturing of automotive and parts products,”

The policy, will among other provisions, lay down the legal and institutional framework necessary to guarantee regulatory certainty for investors. It will also define the desired knock down kits levels for vehicles and motorcycle assembly as well as articulate the fiscal incentives and other measures needed to stimulate local content development.

The policy will also outline the role of Technical and Vocational Education and Training (TVET) in the development of the automotive industry. President Kenyatta said Kenya is positioning itself to take advantage of the huge market created by the adoption of the African Continental Free Trade Area (AfCFTA) which holds an enormous market potential of 1.27 billion people.