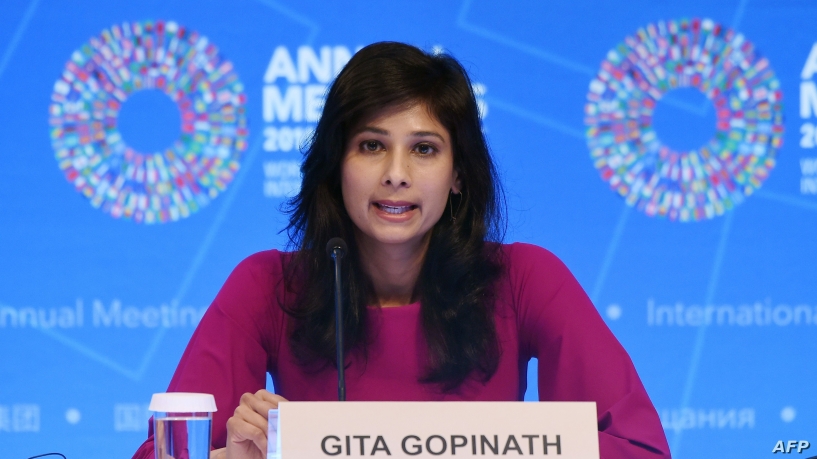 The world economy is slowing to its weakest pace since the global financial crisis, as the US-China trade war undercuts business confidence and investment, the IMF said Tuesday. The IMF has warned that the outlook is beset by risks, and urged policymakers to work to find resolutions to trade disputes, since there are limited tools to respond to a new crisis.

In its latest world economic outlook, it trimmed the estimate by another two-tenths, to 3.0% The report also lowered the 2020 forecast by a tenth to 3.4%. International Monetary Fund Chief Economist Gita Gopinath said at 3% growth, there is no room for policy mistakes and an urgent need for policymakers to co-operatively de-escalate trade and geopolitical tensions.

In addition, the trade conflicts and a slowdown in auto sales worldwide means trade growth has slowed sharply, falling in the first half of the year to its weakest since 2012, with an estimated increase of just 1.1% this year after a 3.6% jump in 2018.

While the US economy also has been hit by uncertainty largely created by President Donald Trump’s trade offensive he world’s largest economy remains a bright spot on the global stage, the report said.

The US-China trade war alone is estimated to shrink the world economy by 0.8% in 2020, the IMF said. The fund warned that risks to the outlook predominate, and the uncertainty around trade policy which causes businesses to hold off on investments and undermines confidence will take a larger chunk out of growth than the tariffs themselves

Other major economies like Brazil, India, Mexico, Russia and South Africa are slowing this year due to “idiosyncratic reasons” but are expected to recover in 2020. That slowdown has had an impact in Germany, China and India, the report said.