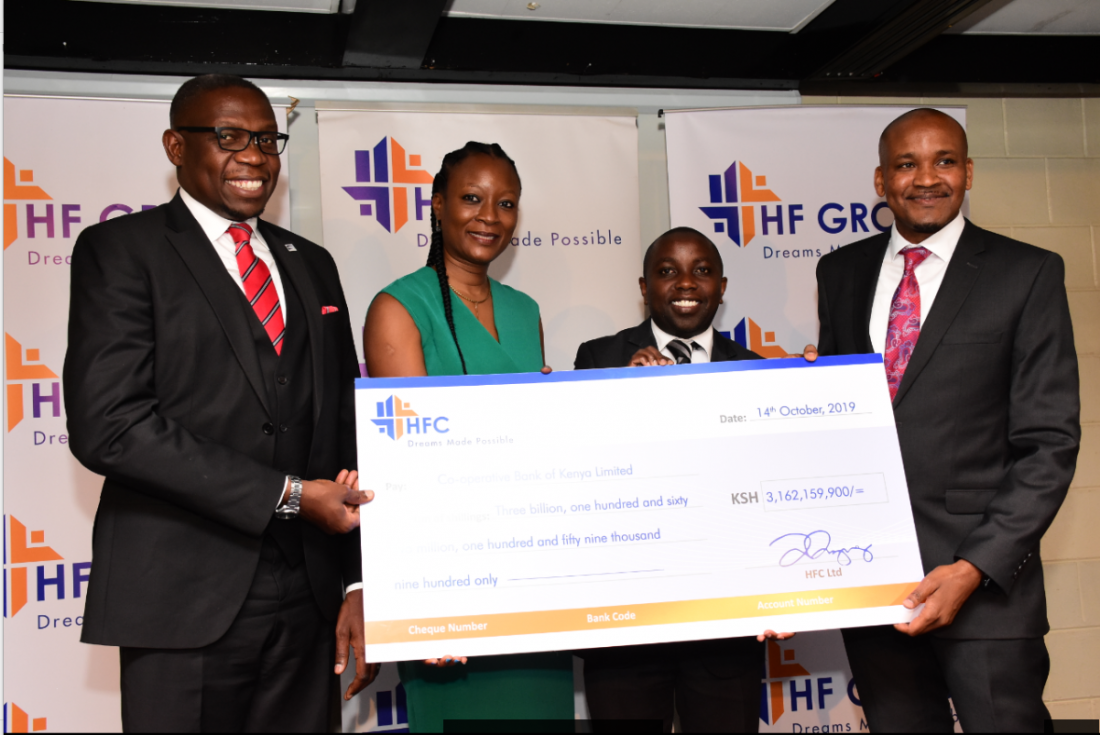 HF Group PLC has announced the redemption of its Ksh 3 billion corporate bond which matured on October 14, 2019. The Medium Term Note was issued in 2012 with a 7-year tenor at a coupon of 13%.

‘’We are pleased to announce the full redemption of tranche II of the seven-year Medium Term Note and are satisfied with the returns generated for our investors. Over the years, HF Group has continued to maintain its deep understanding of the market to sustain its consistent operational metrics while meeting its responsibility to investors which mirrors our robust corporate governance culture and a well-defined corporate strategy,’’ said the Group CEO Robert Kibaara.

‘’The funds raised played a pivotal role in the growth of  our full service banking offering and specifically in financing the working capital and expansion of the bank’s growing SME customer base, end buyer mortgage financing and asset financing,’’ said Mr Kibaara.

The retired bond also propelled the Group’s project financing of developers seeking to tap into the growing housing demand, the sales of which was accelerated after the launch of the Shika Nyumba Na HF campaign, which the Group CEO noted has helped create widespread awareness of the listed lender’s projects and those it has financed.

‘’We have sold more houses in the last eight months than the previous two years combined, which boosted our liquidity and hence fully financing the bond repayment. Our mission is to improve the quality of life for individuals and communities both now and in the future, by providing better homes, amenities, retail and leisure spaces matched with security all within the sphere of affordable housing agenda,’’ the Group CEO added.

The Group continues to make strides on its business turnaround strategy that includes diversification to full service banking while leveraging digital transformation to enhance operational efficiency, customer experience and accessibility.