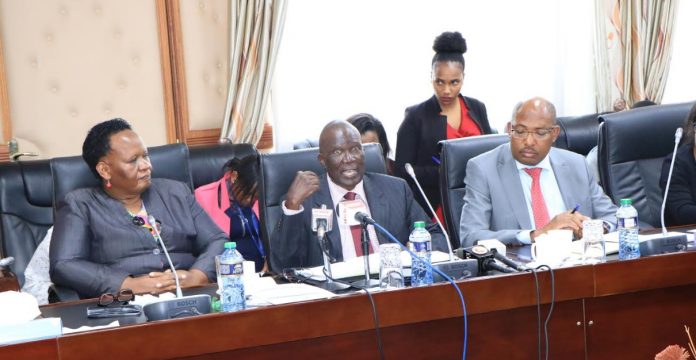 The Public Service Commission and the selection panel for the recruitment of the Auditor General have today held the inaugural meeting to align the duties for the exercise ahead.

The PSC has committed to work with the panel to ensure that Kenyans get the best and most suitable person for the post.

During the meeting the 7-member team appointed by president Uhuru Kenyatta last month took oath of office before the team headed by former Deloitte East Africa Chief Executive Sammy Onyango could embark on the search for the next auditor general.

In the first meeting that state officers slated for Tuesday the panel will first have to agree on a selection criteria for the nominees, scheduling of the shortlisted candidates and conducting due diligence before the list of the nominated candidates is taken to parliament.

So far, the chair of the selection panel says they have received about seventy applications from people interested in taking over the former Auditor Generals Office Edward Ouko following the end of his tenure in August.