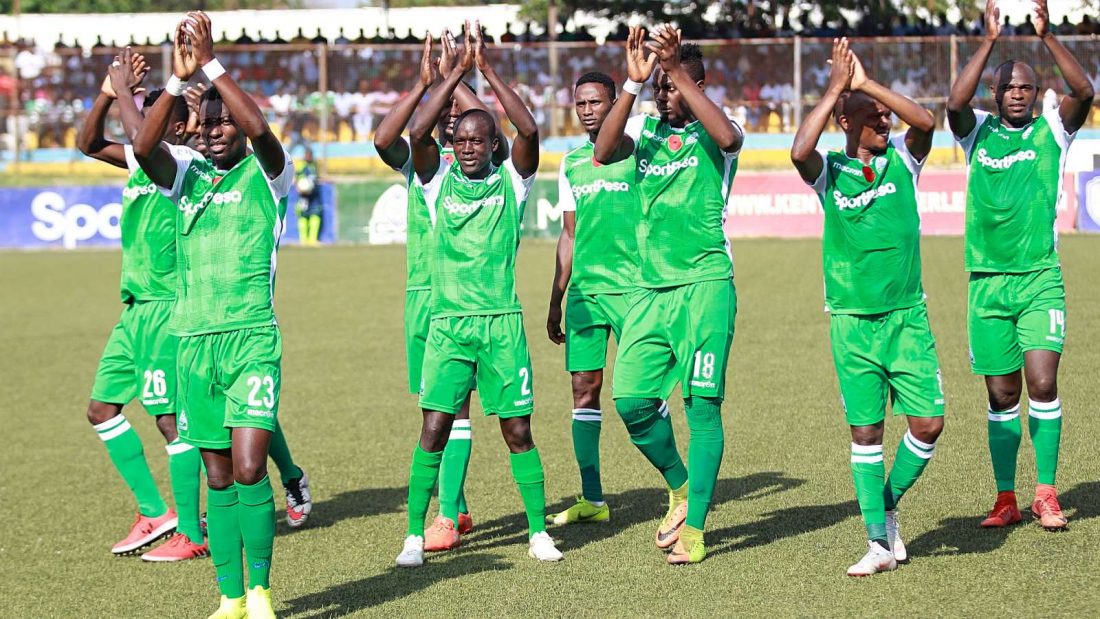 By Nashon Owano…Gor Mahia’s dreams of making it to the group stages of the Caf Champions League ended on Sunday after they were knocked out of the first round following a 6-1 aggregate loss to Algeria’s USM Algers.

The Kenyan champions lost the return leg 2-0 at the Moi International Sports Centre, Kasarani and will now now have to contend with a place in the Caf Confederation Cup group stages should they win their playoff match with the draw set for Wednesday in Cairo.

Dangerman Ahimen Mahious masterminded K’Ogalo’s exit after grabbing a brace with his opening two chances to kill off the game.

In contrast, the hosts curved out nine chances in the first-half, six of these clear-cut.

But none of these could trouble visiting custodian Smail Mansouri.

Mahious’ first goal came just after four minutes courtesy of an improvised header after a quickly taken throw in.

But how he managed to reach to the ball with his head and direct into the net ahead of Gor goalkeeper Fredrick Odhiambo’s stretched arms, will perhaps be a matter to be discussed in Gor coach Steve Polack’s post mortem.

This time around, he cheekily evaded an offside trip laid out for him by the hosts’ defence, which was marshalled by Harambee Stars defender Joash Onyango.

Thereafter, he easily controlled a forty yard pass with with the first touch, and then fired a bullet shot that easily beat Odhiambo.

At this point, Gor needed seven goals to progress, but couldn’t find even one.

Instead, Nicholas Kipkurui, their most potent attacker this season, missed a one-on-one chance with Mansouri with the latter coming out on top.

Dickson Ambundo then fired narrowly wide with a half-chance and then captain Kenneth Muguna twice saw his shots saved by a relaxed Mansouri.

Gor continued dominating in the second half with Kipkurui, Onyango and Muguna coming close, before the match was briefly stopped as fans protested the presence of the arriving police officers by throwing missiles on the pitch.