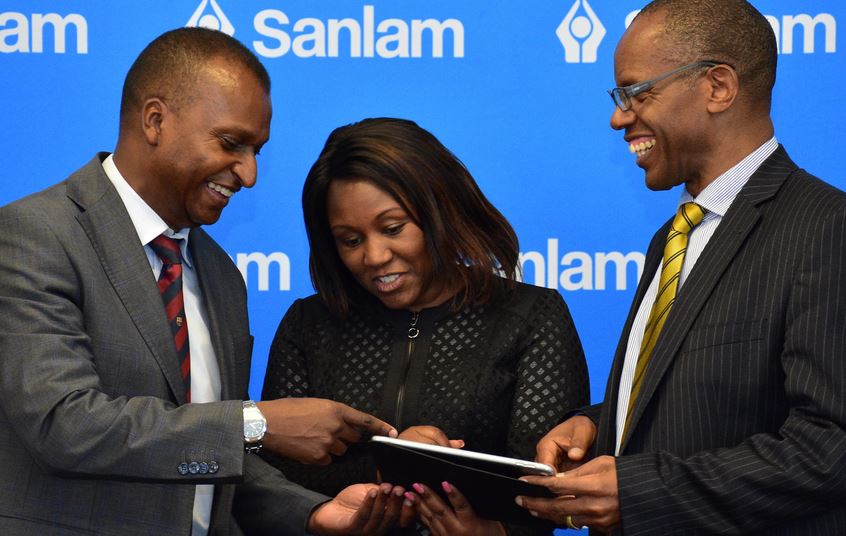 Sanlam Kenya has joined the growing list of companies in Kenya that are cutting back their payrolls in order to remain profitable. The financial services’ firm has announced that it has commenced a voluntary retirement programmes as part of the firm’s turnaround strategies.

The scheme, which is targeted at staff that are 50 years of age and above, will be open until the 4th October. Last month, listed non-banking financial services firm Sanlam kenya announced that it had turned around from a loss making position to make a half year pretax profit of 937 million shillings.

And in a what is seen as part of efforts to keep the company firmly on the profit track, Sanlam’s management has announced that it has embarked on a staff restructuring exercise that seeks to save the company 200 million shillings in annual staff costs.

The number of staff expected to exit the company which has 193 staff on its payroll was however unclear. Sanlam Kenya, Group CEO, Patrick Tumbo said, “at Sanlam we have agreed to offer our staff an early voluntary retirement we launched this morning. It is targeting workers aged 50 years and above. The employees have been informed and have a week to sign up and it closes on the fourth.”

Employees who will sign up for the early retirement programme will receive a severance pay equivalent to one month’s salary for every three years of services and a 30% rebate on outstanding in-house staff loans, among other benefits.

A decline that Sanlam Kenya’s CEO partly blames on the lack of innovative insurance products in the local market. Sanlam kenya is planning to deploy digital technologies as a means of reducing its costs and enhancing its profitability going forward.

The company’s share price at the Nairobi Securities Exchange dipped slightly today to close at 18 shillings and 70 cents.