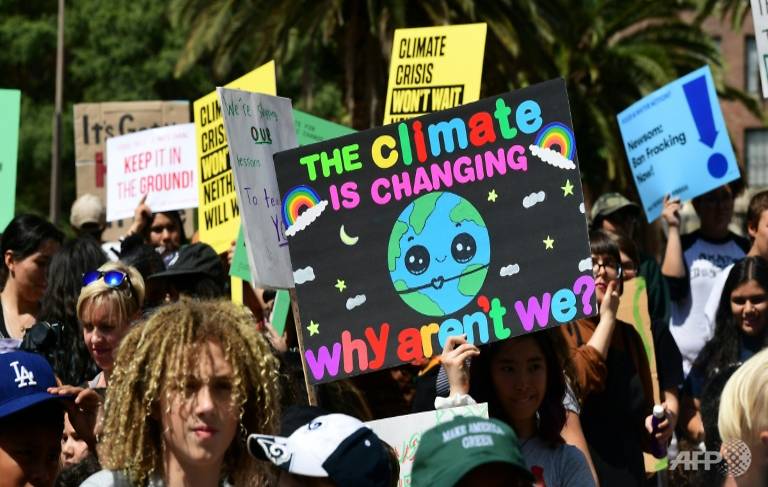 Some 60-world leaders convene on Monday for a UN summit on “climate emergency” aimed at reinvigorating the faltering Paris agreement, at a time when mankind is releasing more greenhouse gases into the atmosphere than at any time in history.

From heat waves to slow-crawling hurricanes to rapidly acidifying oceans, the impacts of global warming are being felt more than ever before, yet the gap between carbon reduction targets demanded by scientists to avert catastrophe and actions thus far taken is only widening.

Fewer than half the 136 heads of government or state in New York this week to attend the UN general assembly will be present Monday. Among the list of those absent will be US President Donald Trump, who pulled his country out of the Paris accord upon taking power and has made slashing environmental regulations a key part of his platform.

Likewise President Jair Bolsonaro of Brazil, under whose leadership the amazon rainforest is continuing to burn at record rates, and Australian Prime Minister Scott Morrison whose government, has pursued an aggressively pro-coal agenda.

China, the world’s biggest carbon emitter by far, but also a leader in the renewables sector, will be present and represented by Foreign Minister Wang Yi, with Guterres hinting last week that the east Asian giant will be committing to new measures.

Seventy-five countries are expected to bring enhanced commitments. But officials have also been careful to manage expectations and say Monday’s summit is also a run-up event to the 2020 UN climate summit that the UK will host in Glasgow.

Ahead of the summit, 87 firms under the “we mean business” coalition pledged to slash their emissions. The un published a report on the eve of the summit that said the five-year period ending 2019 was set to be the hottest ever, the latest grim reminder that climate change is already a reality.