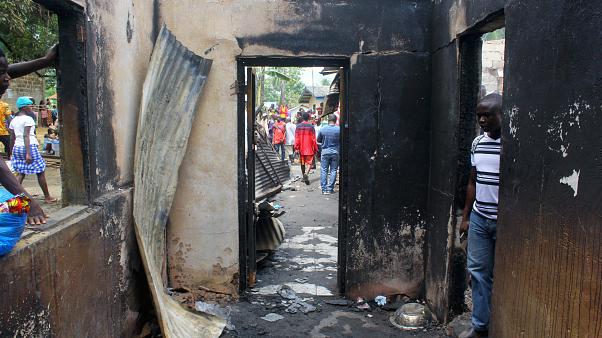 A huge fire at a Liberian Koranic school killed at least 26 pupils and two teachers on Wednesday when flames engulfed their dormitory, in one of the worst disasters of its kind for the West African nation.

The boys were sleeping at the school when the overnight fire began, said police spokesman Moses Carter, adding that an electrical fault could have caused the blaze.

President George Weah visited the site in Paynesville, on the outskirts of the capital Monrovia, and said the cause was still unknown.

“We are here to encourage parents of the victims to have strength, because it is painful to lose your kids in this manner,” Weah told reporters at the scene.

The president’s office said 26 pupils between the ages of 10 and 20 died along with two teachers. The police spokesman said 27 students had been killed.

On Wednesday evening, the president of neighbouring Guinea, Alpha Conde, said several of his country’s nationals died in the blaze.

In a statement he expressed “great emotion” over the deaths and gave his “deepest condolences to the Liberian people and the Guinean community in Liberia” adding that he was following the investigation closely.

“We extend our sympathy to the bereaved families. We don’t know the cause of the fire yet, but we will encourage our investigators to find how it happened,” he added.

Rescuers in white masks and surgical gloves carried the children’s bodies in bags from the burnt-out building as crowds of people and relatives pressed together outside.

“Our team is investigating the cause of the fire,” the police spokesman said. “It may be electrical,” he added, while refusing to rule out the possibility that the fire was a criminal act.