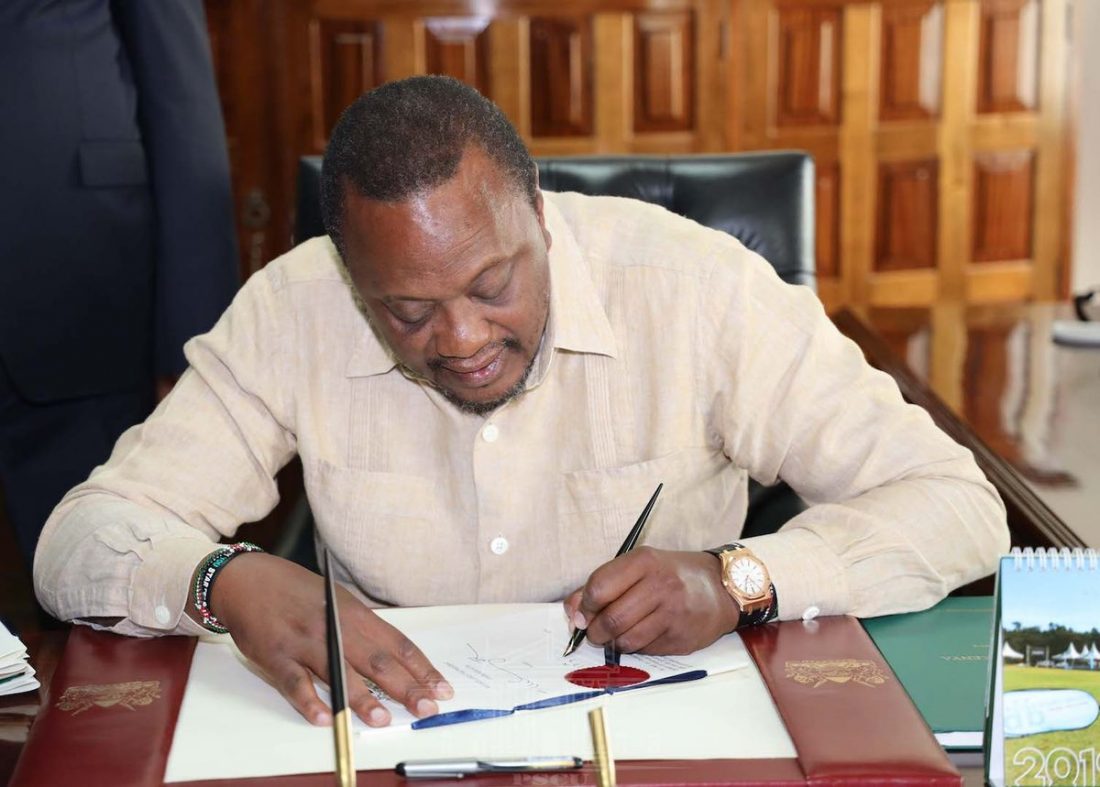 President Uhuru Kenyatta has ordered a stop to the construction of the controversial Kimwarer dam in Elgeyo Marakwet County.

The order comes after a technical committee established that the KShs 22.2 billion Kimwarer Dam was found to have been overpriced and that the project is neither technically nor financially viable.

According to the report Presented to the head of State on Wednesday, the feasibility study carried out on the project 28 years ago revealed geological fault across the 800-acre the project occupies, and would have an unfriendly structural impact on the dam.

It was also revealed that the water supply mechanism would involve pumping, an aspect the Technical Committee found to be unsustainable in terms of operations and maintenance costs.

Further, the Technical Committee established that the pumping would make the project financially unsustainable in the long run.

The Technical Committee was, however, satisfied that the Arror Multipurpose Dam Project was economically viable but noted that it was overpriced.

It recommended to the President a cost rationalisation plan that will ensure the project is implemented cost-effectively without affecting its performance and output.

As part of the cost rationalization plan, the Technical Committee has prepared a new Bills of Quantities (BQ) for a modified dam with its height scaled down to 60 metres from the original design height of 96 metres which was found to be unviable.

The optimized dam will be technically viable since it will only require about 250 acres of land and cost KShs 15.4 billion with power and Shs 13.1 billion without power. The dam was previously estimated to cost KShs 28.3 billion.

The head of State okayed the construction of Aror dam