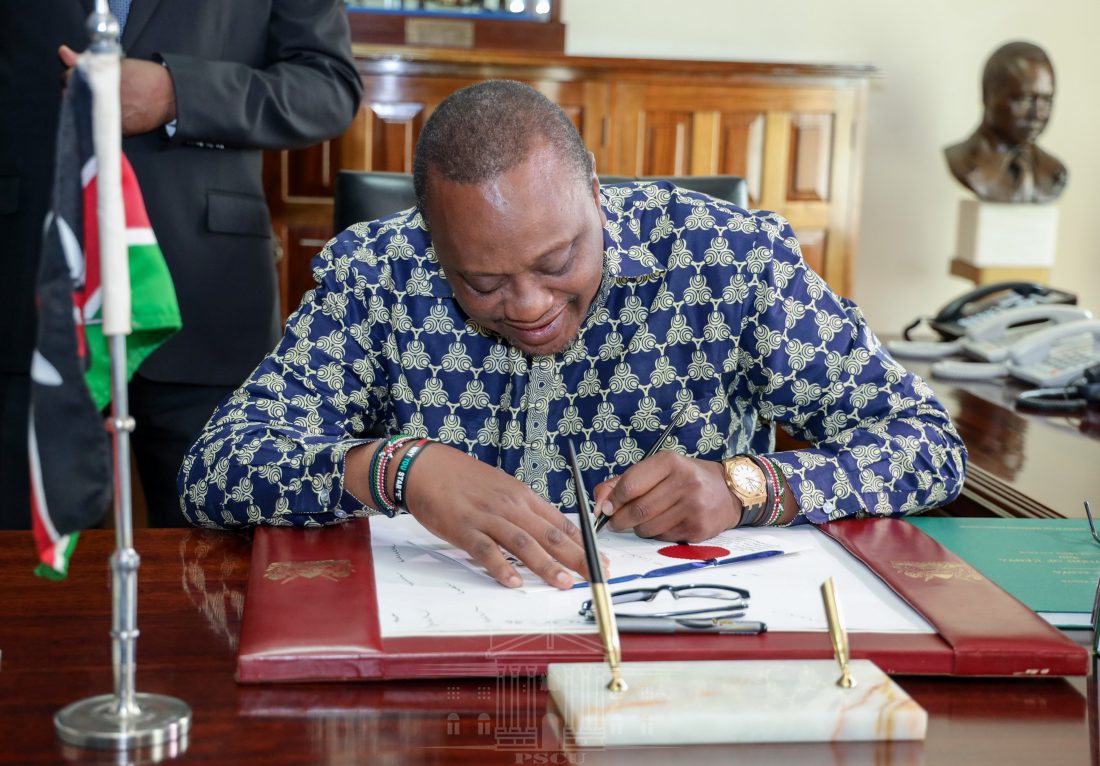 President Uhuru Kenyatta signed into law the Division of Revenue Bill 2019 paving the way for the release of funds to counties.

The new law allocates Ksh378.1 billion to county governments for the 2019/20 financial year. Out of the total allocation, Ksh316.5 billion is the equitable share of national revenue while Ksh61.6 billion are conditional allocations to the devolved units.

The total allocation of Ksh378.1 billion to county governments represents 36. 46 percent of the audited and approved revenue of the National Government for the financial year 2018/19 against the constitutional threshold of 15 percent.

The National Treasury has already disbursed over Ksh50 billion to counties for the months of July and August.

With the new law in place, the President reiterated the government’s commitment to scheduled disbursement of funds to counties to enable them to continue delivering services to Kenyans.

He urged County governments to finalize their budget processes which should prioritize settlement of pending payments to suppliers such as the Kenya Medical Supplies Agency (KEMSA) for medical supplies to facilitate the delivery of the ongoing Universal Health Coverage (UHC) program.

President Kenyatta further urged Counties to come up with better systems of collecting and managing their own revenue.