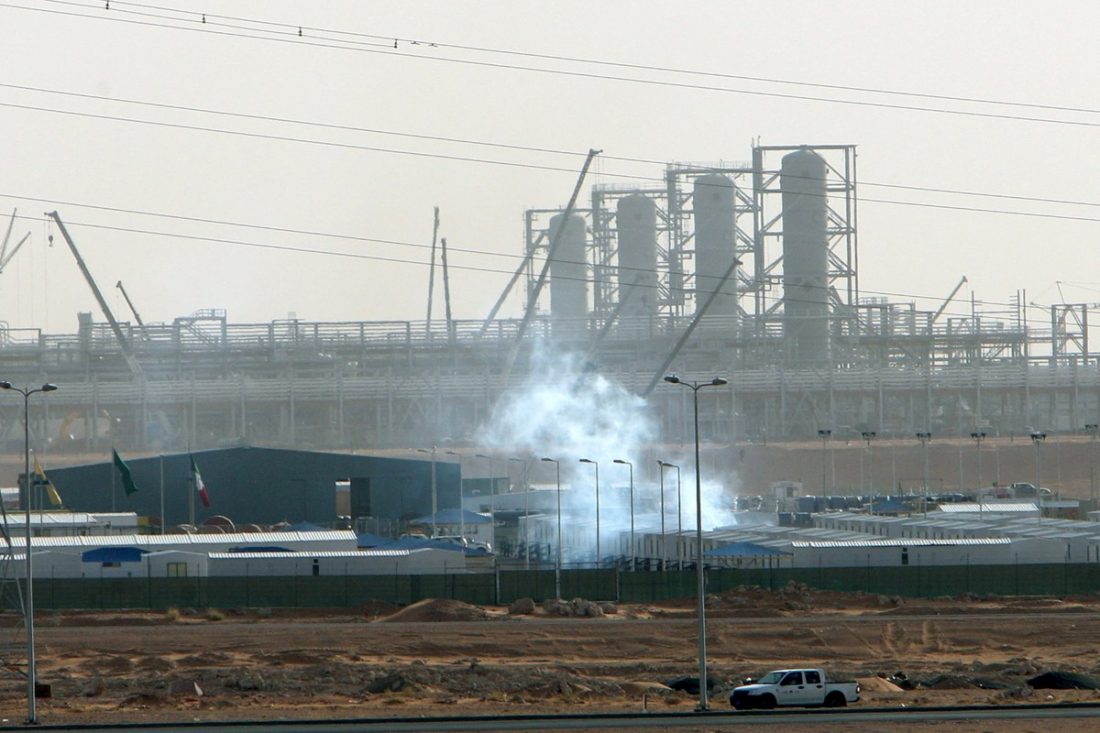 BY AFP…Oil prices saw a record surge Monday after attacks on two Saudi facilities slashed output in the world’s top producer by half, fuelling fresh geopolitical fears as Donald Trump blamed Iran and raised the possibility of a military strike on the country.

Brent futures surged $12 in the first few minutes of business – the most in dollar terms since they were launched in 1988 and representing a jump of nearly 20 percent – while WTI jumped more than $8, or 15 percent.

Both contracts pared the gains but were both still more than 10 percent up.

The attack by Houthi rebels in neighbouring Yemen hit two sites owned by state-run giant Aramco and effectively shut down six per cent of the global oil supply.

Trump said Sunday the US was “locked and loaded” to respond to the attack, while Secretary of State Mike Pompeo said: “The United States will work with our partners and allies to ensure that energy markets remain well supplied and Iran is held accountable for its aggression.”

But after an initial spike, crude oil prices moderated as traders analyzed the likely longer-term implications.

Yemen’s Iran-backed Houthi rebels claimed responsibility for the attack on the Saudi Aramco facility that paralyzed production of more than half of Saudi Arabia’s global daily exports and more than 5% of the world’s daily crude oil production.

Most of the output goes to Asia, where markets were mixed Monday in early trading. Japan’s markets were closed for a holiday, while Hong Kong’s Hang Seng dropped 1%. The benchmark in Indonesia, which heavily depends on oil imports, dropped 1.6%.

The attack may add to anxiety about the stability of the world’s oil reserves. “Saudi Arabia has been a very reliable supplier of oil in the world,” said Jim Burkhard, who heads crude oil research for IHS Markit.

This attack is “adding a geopolitical premium back into the price of oil.” That means oil prices would rise because of worries about more unrest hurting supply. Higher oil prices tend to hurt the economy as consumer costs rise.

Still, existing reserves were expected to help bridge any shortfalls, and work was under way to restore production at the Abquaiq plant. The Wall Street Journal reported Sunday that Saudi officials said a third of crude output will be restored by Monday. Bringing the entire plant back online may take weeks. Officials said they would use other facilities and existing stocks to supplant the plant’s production.

The world’s richest countries have oil reserves of more than 2 billion barrels, but releasing those to alleviate supply concerns could potentially backfire and result in higher prices on the market as traders worry that there is a problem with tight supply, he said.

According to the Joint Organization Data Initiative, Saudi Arabia has nearly 27 days worth of reserves. It holds reserves at home and in Egypt, Japan and the Netherlands.

Chris Midgley, global head of analytics for S&P Global Platts, estimates prices could surge into the “high $70” per barrel range. It could go even higher if disruptions are prolonged, but that is not expected, he said in a research note.

The situation is better today than it would have been a decade ago, thanks to the U.S. energy boom.

The U.S. has a cushion because it and Canada both produce plenty of oil, leaving the U.S. less reliant on the Middle East. But it’s still a global market. “If you take oil anywhere out of system it affects everybody,” said Burkhard.

Still, even if the plant goes back online and there is no fundamental change to the world’s supply of oil, prices may move higher and stay higher because traders would build in a “security premium,” said Michael Lynch, president of Strategic Energy & Economic Research.

It would reflect worries that future attacks might jeopardize global oil supplies. And in a world already concerned about supply, the impact of another attack could mean a sharp effect on prices, said Kevin Book, managing director of Clearview Energy Partners. “It’s almost like an open season for a big attack.”

It’s that element of uncertainty that can roil markets.

The attack on its oil infrastructure could lead Saudi Arabia to launch a military strike on Iran in retaliation, Book said. Countries attacking each other’s oil facilities and fields is a “prescription for a high oil price,” he said.

Book argues the attack on Saudi Arabia is driving home the repercussions of the unraveling of the Iran nuclear deal after President Donald Trump pulled the U.S. out in 2018, imposing harsh sanctions on Iran, including its oil industry.

US Trade Agency and 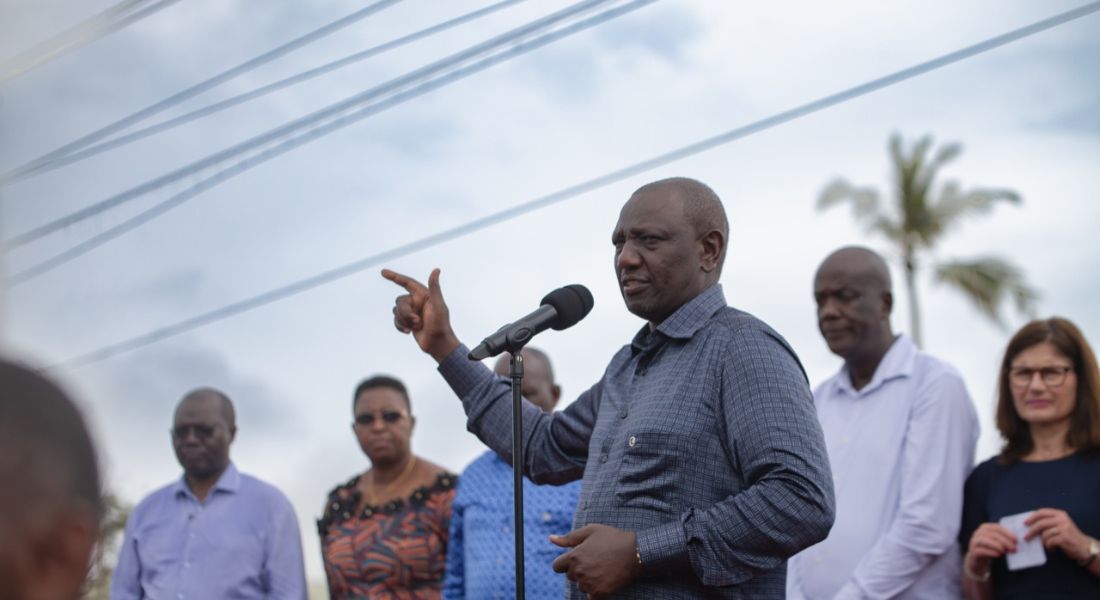