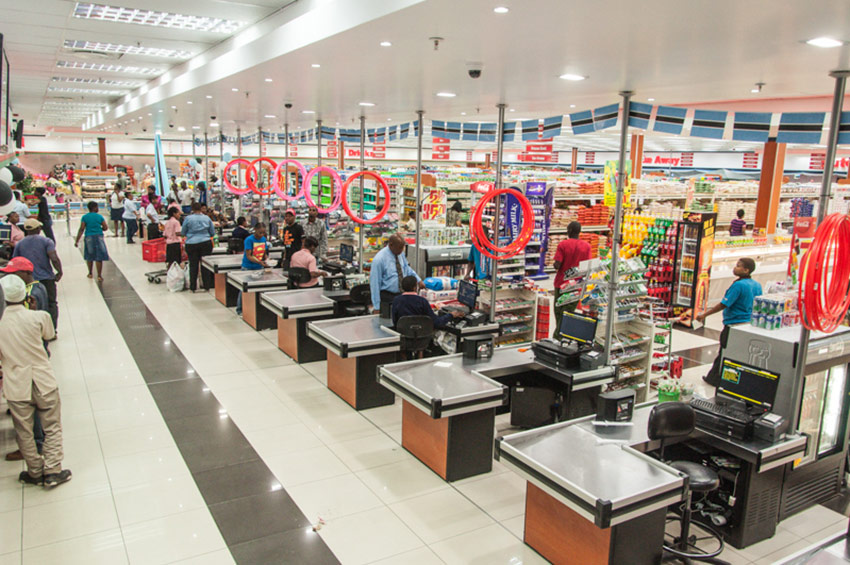 Choppies supermarket has joined the growing list of businesses in Kenya that are laying off staff to stay afloat.The Botswana-headquartered retail chain has confirmed that it has laid off about a fifth of its work force in kenya.

The supermarket has refuted reports that it intends to exit the Kenyan market.The Botswana-based retail chain, Choppies supermarket ventured into the Kenyan retail sector in 2015 after acquiring the then struggling Ukwala supermarkets.

The entry of the new retailer into the Kenyan retail space, which was reeling from the sudden collapse of Nakumatt supermarkets, was a welcome sign that Kenya’s retail sector was attractive for investment.

But no sooner had the new entrant settled in Kenya than its growth prospects took a dive.

During the last four years of the retailer’s existence in Kenya, the company has struggled with thin margins and shortage of stock.

A spot check conducted by Metropol TV on Monday showed that most of Choppies’ retail outlets in Nairobi’s central business district remained largely under stocked.

This coming barely a month after Choppies entered into a deal with the association of Kenya suppliers to clear all its outstanding debt to suppliers.

But in a phone conversation with Metropol TV, a manager who declined to be named said the company confirmed that Choppies is now laying off 188 of its employees as part of efforts to keep its Kenyan business afloat.

He further said the retailer is in the process of clearing the inventory it took over from Ukwala and restructuring its network of suppliers in Kenya.

News of the layoffs comes days after Choppies announced the reinstatement of the company’s Chief Executive Officer; Ramachandran Ottapathu Who was suspended early this year over questionable business dealings.

Choppies’ troubles mounted with the suspension of trading of the company’s shares in the Botswana stock exchange and the Johannesburg stock exchange for failing to publish its financial statements for the financial year ended 30th June 2018.

Whether the reinstatement of its CEO will (quote) “…improve its financial position, settle its creditors and resume its normal operations. (End of quote) as per the board’s expectations remains to be seen considering that Choppies is set to exit the south African market where it operates 88 stores.