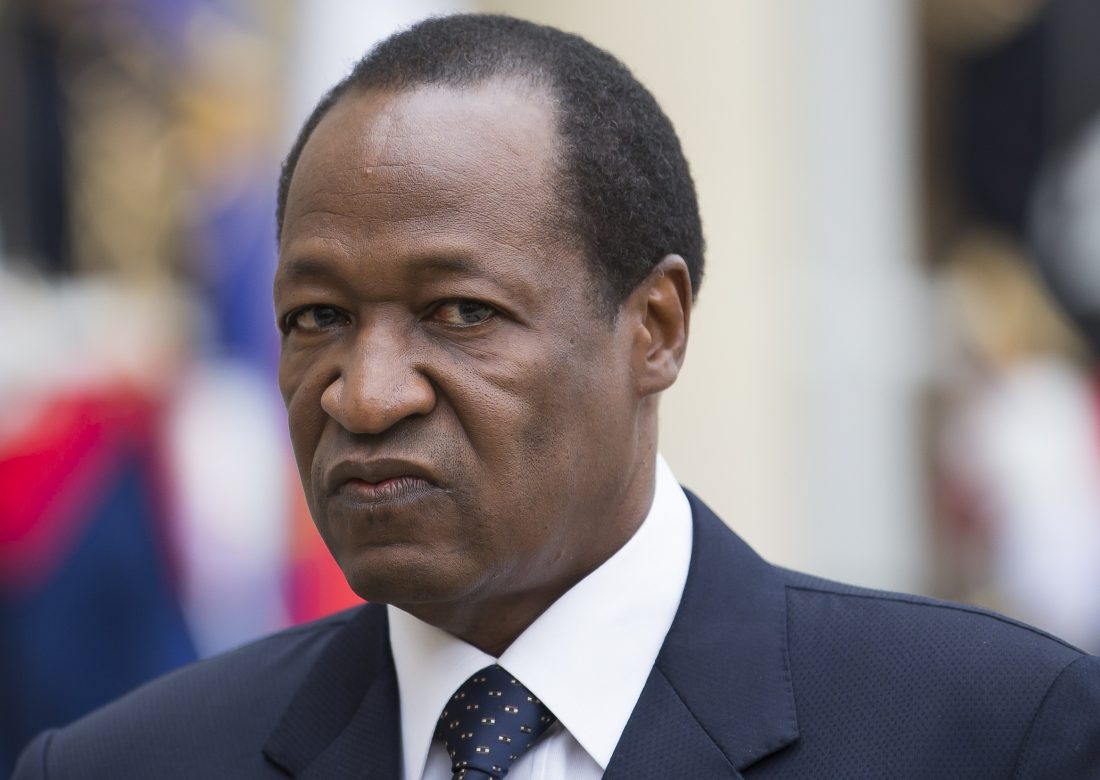 Two senior allies of Burkina Faso’s deposed former president Blaise Compaore were sentenced to 10 and 20 years in prison respectively on Monday for organizing a 2015 coup attempt against a transitional government.

Protesters, angered by Compaore’s attempt to change the constitution to extend his 27-year rule, forced him to flee the West African nation in 2014.

Troops from the elite Presidential Security Regiment under the command of General Gilbert Diendere, Compaore’s right-hand man, took members of the transitional government hostage less than a month before elections the following year.

The week-long power grab failed, but 14 people were killed and more than 250 others were wounded as they attempted to resist the putsch.

A military tribunal in the capital Ouagadougou found Diendere guilty of murder and threatening state security and sentenced him to 20 years in prison.

“This is a victory for the Burkinabe people, a victory for democracy and the rule of law,” said Prosper Farama, a lawyer for people injured in the coup attempt. “Only the people, by their legitimacy, confer power.”

Diendere’s lawyer said he would discuss a possible appeal with his client.

Compaore’s former foreign minister Djibril Bassole, who was accused of being the coup’s mastermind, was also sentenced to 10 years in prison for treason.

Burkina, once among the region’s most peaceful countries, has been riven by jihadist and inter-ethnic violence over the last few years, some of it spillover from neighboring Mali.

Last month, suspected Islamist militants killed 24 soldiers in the deadliest attack yet on the country’s army.