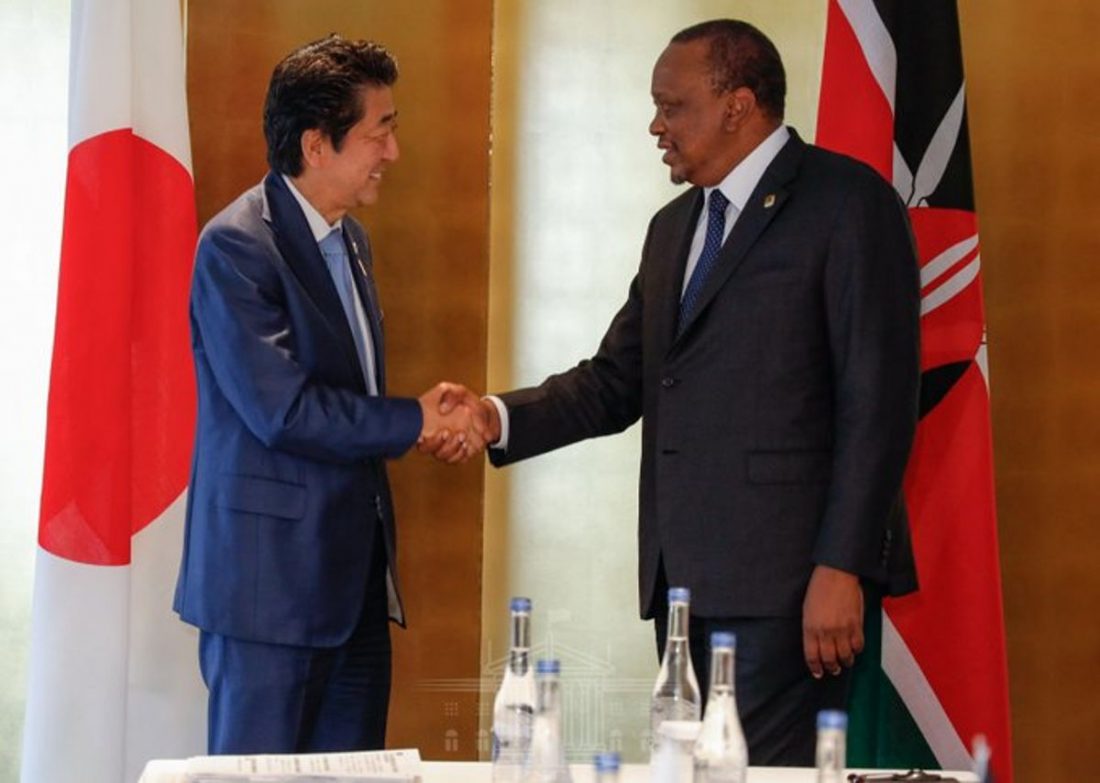 The ongoing roll out of the Universal Health Coverage (UHC) programme and the development of a Special Economic Zone (SEZ) in Dongo Kundu dominated talks between President Uhuru Kenyatta and Prime Minister Shinzo Abe on the sidelines of the ongoing TICAD 7 conference in Yokohama, Japan.

Prime Minister Abe had earlier, during the opening session of TICAD 7, announced his government’s pledge to support UHC programmes in Africa that will benefit over 3 million people.

On the Special Economic Zone (SEZ) in Dongo Kundu, the two leaders agreed that with the support of the Japanese government, Kenya will fast track the commencement of the SEZ as well as the construction of the Likoni Gate Bridge.

Other matters that featured prominently during the talks included regional peace and security, sustainable blue economy and the need to address the trade imbalance between the two countries that is currently in favour of Japan.

President Kenyatta thanked Prime Minister Abe for hosting TICAD 6 in Kenya in 2016 saying the conference helped raise the country’s profile as an investment destination of choice on the African continent.

The President noted that in the last 3 years, the number of Japanese companies setting shop in Kenya significantly rose from 41 to 57, a feat he termed as a success indicator of the growing bilateral ties between Tokyo and Nairobi.

The leaders also discussed ongoing United Nations reforms with President Kenyatta asking his host for Japan’s support for Kenya’s bid to win a non-permanent seat on the UN Security Council.

President Kenyatta concluded by inviting PM Abe to attend the 25th International Conference on Population and Development (ICPD 25) that will be held in Nairobi between November 12-14 this year.

In another side meeting, President Kenyatta and the UN Secretary General, Antonio Guterres discussed regional peace and security in the Eastern Africa region.

At the meeting, the President invited Mr. Guterres to the UN Oceans Conference that Kenya will co-host with Portugal in Lisbon between June 2-6 next year.

The head of state left the country for Yokohama, Japan on August 26 evening to attend the conference’s  after he flagged-off Kenya’s export of crude oil from Mombasa.