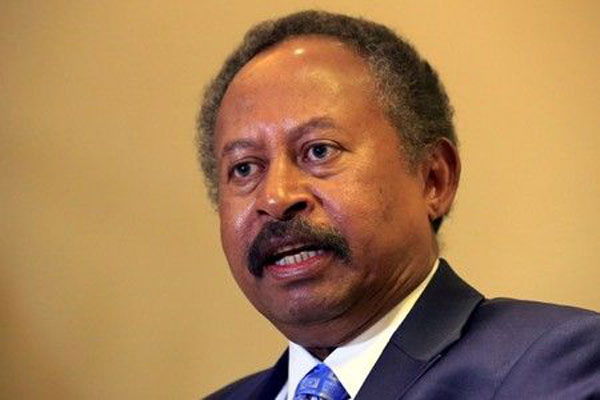 Sudan is today due to announce the members of a new cabinet faced with a mountain of challenges after months of unrest, including rebuilding the economy and ending internal conflicts.

Newly-appointed Prime Minister Abdalla Hamdok will name his key picks from nominees put forward by the Forces For Freedom and Change (FFC), an umbrella group that led protests against veteran President Omar Al-Bashir and the generals who ousted him in April.

The cabinet announcement comes after a joint civilian-military ruling body was sworn in last week to steer the country through a three-year transition period.

Hamdok said he received on Tuesday afternoon the nominees for ministers provided by the FFC, adding that it include 49 nominees for 14 ministries.

Hamdok said he would also take into account a “fair representation of women”.

On Saturday, Hamdok told a local Tv channel that he would select technocrats based on their “competence”.

The cabinet is expected to comprise a maximum of 20 ministers, largely picked by Hamdok with the exception of the interior and defence ministers, who will be chosen by the military members of Sudan’s ruling body.

The first meeting bringing together the new government and the ruling body is scheduled for September 1.

Earlier in august, the FFC and the generals officially signed a power-sharing deal outlining their vision for Sudan’s transitional period.

It included forging peace with armed groups within six months.

Hamdok has vowed to “end war and bring about sustainable peace” in Sudan.

Another pressing challenge before the government is economic recovery.

Sudan’s economy was dealt devastating blows by two decades of us sanctions, which were only lifted in 2017, and the 2011 secession of the oil-rich south.

Spiralling inflation and acute economic hardship were the main triggers for the anti-Bashir protests that erupted in December.

Much-needed foreign investment remains hampered by Sudan’s designation by the us as a state sponsor of terrorism.

Hamdok said he is holding talks with us officials to remove his country from Washington’s blacklist.