Four companies shut down by the government amidst mass job layoffs 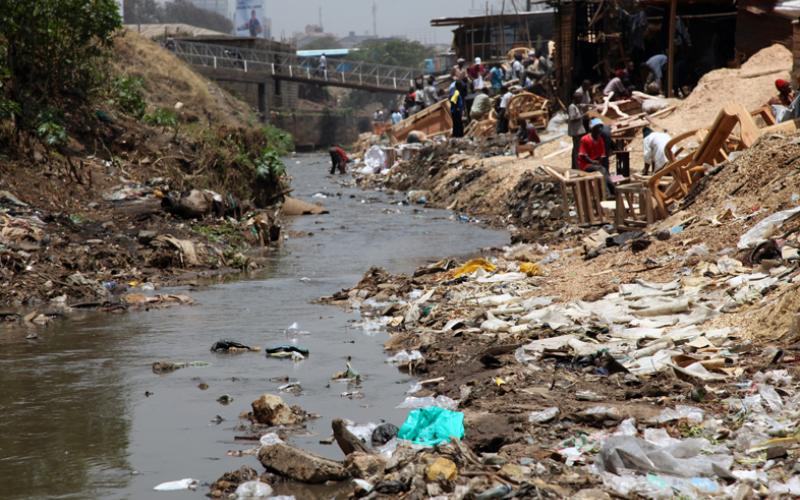 According to Nema Director General Mamo B. Mamo, Kamongo Company does not have efficient waste water treatment plant.

“Kamongo Company has been discharging into the environment without treating their waste water to the public sewer,” said Mr Mamo.

“We are doing further tests to ascertain whether they are in line with our regulations,” he said.

The two-month river pollution investigative project, dubbed “Toxic Flow”, trailed the river from Kiambu County where it starts, through Nairobi, Machakos, Makueni, Taita Taveta and Kilifi counties, until it exited into the Indian Ocean at Sabaki Bridge.

In February, the Environment Ministry warned factories and individuals against discharging effluent into water bodies.

Environment Cabinet Secretary Keriako Tobiko said culprits would be prosecuted and industries closed. The ministry had instructed the National Environment Management Authority to punish those culpable.

Mr. Tobiko worned that the government could not tolerate excuses that some projects are contributing to economic growth and providing livelihoods at the expense of he environment. Nothing can justify destruction of lives and health, Tobiko said in Kisumu.

“We’ll shut down the industries discharging effluent into the rivers and destroying people’s lives. This must stop,” he said.