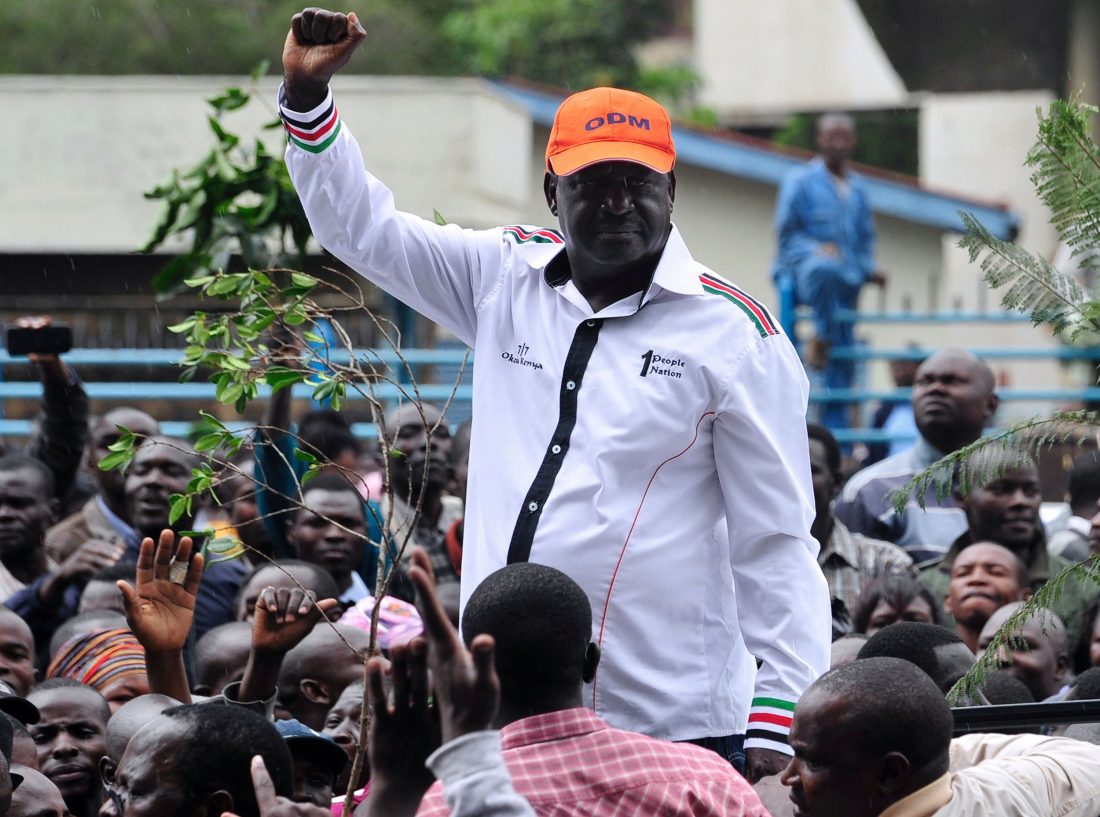 Trouble started when Imran Okoth (brother to Ken Okoth) took to the podium to address ODM party supporters who had filled the Kamukunji grounds to the brim.

Imran was driven off the stage before he could express himself as the crowd expressed their frustrations.

Reports suggest that the crowd was bitter with Imran after they were denied a chance to give a befitting farewell to their former MP Ken Okoth who was secretly cremated in controversial circumstances that left the family deeply divided.

The irate crowd heckled him and booed him off the stage, making it clear that they wanted to hear nothing from Imran who sources indicate is considering contesting the seat on an ODM party ticket.

His voice was drowned in the chants and heckles, prompting him to leave the stage as calm could not be restored.

Chants of “toka hapo, kwenda kabisa (just leave, go for good)” rent the air as Imran came face to face with the wrath of the disgruntled Kibra residents.

Party leader Raila Odinga who was flanked by other party officials watched in silence as the crowd brought the rally to a momentary stand-still.