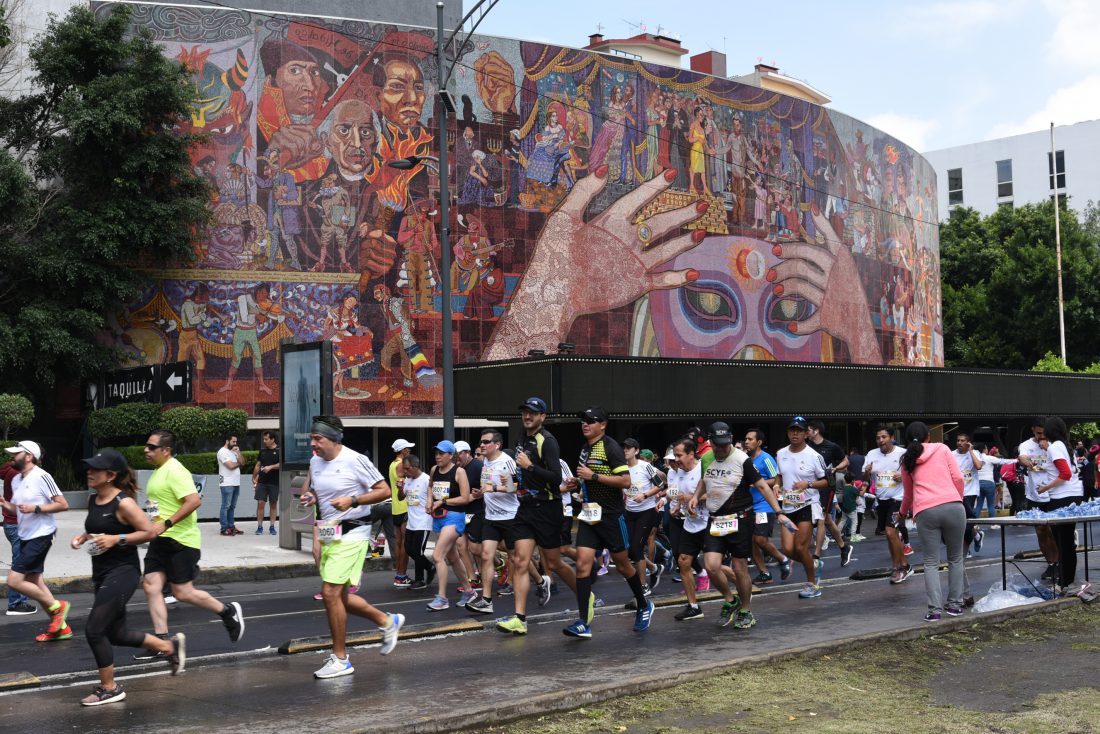 By IAAF/…Vivian Kiplagat broke the women’s race record at the 37th Telcel Mexico City Marathon, while Duncan Maiyo’s victory in the men’s race made it a Kenyan double at the IAAF Gold Label event on Sunday.

Kiplagat, 31, ran the second half of the race 10 minutes faster than the first to cross the finish line in 2:33:27, taking almost three minutes off the race record of 2:36:16 set by Peru’s Pan American Games champion Gladys Tejeda in 2017.

Duncan Maiyo slowed down significantly in the second half, but his lead was good enough to secure victory in 2:12:50, two minutes shy of the 2:10:38 race record established by his compatriot Titus Ekiru.

With about 13C heat and 80% humidity at the start, Mexico’s Fabiola Pérez led the group through the first 5km in a pedestrian 20:25. The group of four Kenyan and four Ethiopian women took over and hit 10km in 39:40. By the time they reached the halfway mark, covered in 1:21:43, the group had shrunk to six.

Kiplagat and Paskalia Kipkoech reached the 25km point with a three-second lead over the chase pack of four women and gradually increased their leading margin. The former launched her attack at about 36km and Pamela Rotich could not respond.

Kiplagat, a two-time winner at the Milan Marathon, became the first Kenyan woman to win this race since 2011, crossing the line in 2:33:27. Kipkoech also finished inside the previous record in second place with 2:34:09. Rotich, who finished fifth last year, completed the all-Kenyan podium with 2:38:14.

In the men’s race, Kenya’s Mathew Kisorio, the only sub-2:05 man in the field, sped to the front early on and set a daring pace for a marathon contested at 2,240m above sea level.

Kisorio kept up the pressure and hit the halfway mark on Reforma Avenue in 1:03:59 with a 32-second gap on Maiyo. The chase group, meanwhile, was 2:08 adrift.

But the fast pace eventually took its toll on Kisorio as he slowed down significantly at about 30km. With the clock reading 1:39:20, Maiyo caught up with the long-time leader and Kisorio abandoned the race soon after.

More than three minutes ahead of the chase pack, Maiyo cruised to his victory in 2:12:50. It was his first marathon triumph since 2016, his best season when he twice bettered 2:10, including his lifetime best of 2:09:25.

With a new and faster course, the only IAAF Gold Label marathon in Latin America drew about 25,000 runners.

Javier Clavelo Robinson for the IAAF

Is Odibets a silver