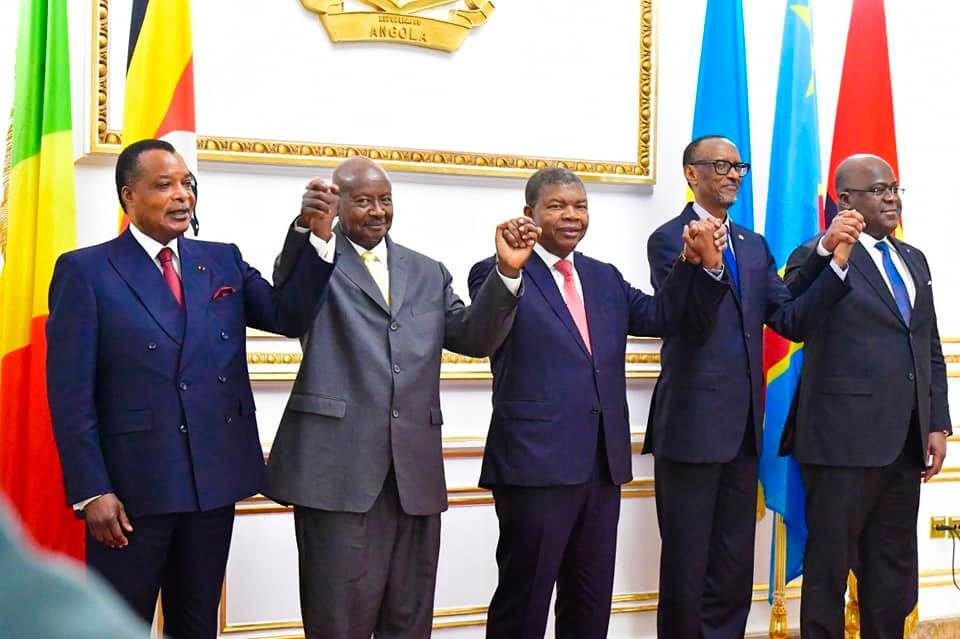 The presidents of Rwanda and Uganda on Wednesday signed an agreement in Angola to ease months of tensions after the two leaders exchanged accusations of spying, political assassinations and meddling.

Rwanda’s president Paul Kagame and Uganda’s Yoweri Museveni were once close allies but their relations have turned deeply hostile in a dispute that damaged trade between the East African neighbours.

In May, Ugandan police accused Rwandan soldiers of entering the country and killing two men, drawing an angry denial from Kigali.

On Wednesday, the two leaders agreed to respect each other’s sovereignty and that “of the neighbouring countries”, according to a statement issued after the signing.

They undertook to “refrain from actions conducive to destabilisation or subversion in the territory of the other party (and) acts such as the financing, training and infiltration of destabilising forces”.

The two leaders also agreed to “protect and respect the rights and freedoms” of people “residing or transiting” through their respective countries and to resume cross-border activities “including movement of persons and goods… As soon as possible”.

After the signing, Kagame said he did not anticipate any problems in working “more specifically with president Museveni to address what we have agreed to address”.

“It may take a bit of time to understand each other but I think we have come a long way,” Kagame told a news conference.

“We are going to address all these problems… Indiscriminately,” he said, adding: “we are not going to be found wanting.”

For his part, Museveni said: “Uganda is fully committed to enforcing this agreement” which is set “to improve the political and economic relations between our countries”.