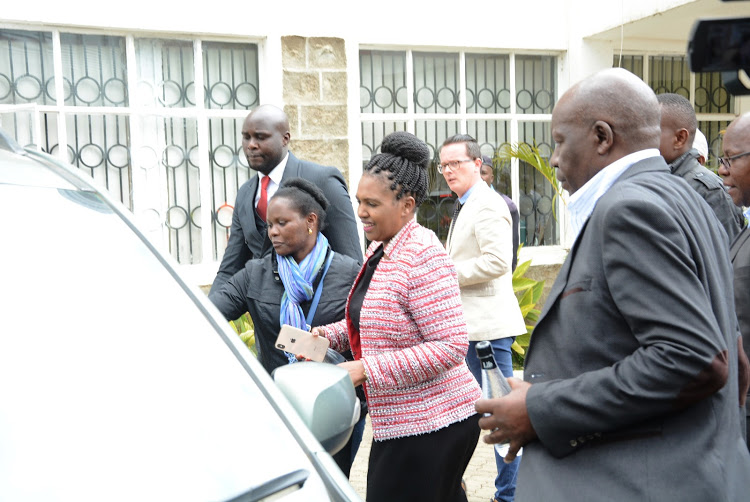 Keroche CEO Tabitha Karanja has been arrested by the DCI detectives at the breweries’ premises in Naivasha.

KRA officials and DCI detectives had camped at the premises for the better part of Thursday morning following her arrest order by DPP Noordin Haji.

In a statement on Wednesday, Karanja said the company has not been involved in tax evasion and said it was inappropriate for the firm to be subjected to “humiliation and intimidation”.

They two were driven to the DCI headquarters on Kiambu Road.

In a statement on Wednesday,  Haji said investigations revealed Karanja and her husband were found culpable of 10 counts of tax fraud.

The DPP said the KRA commissioner-general submitted an inquiry file to his office on August 18 and an audit by KRA established that Keroche Breweries had evaded payment of tax totalling Sh14.4 billion.

The company is accused of evading payment of Sh12.34 billion VAT for stamps (Sh329.4 million), Crescent Vodka (Sh135.4 million) among other products.

Keroche is also accused of evading payment of excise duty amounting to Sh2.1 billion for the same items.

The DPP said he is satisfied that there is sufficient evidence and that it is in the public interest to charge the suspects with 10 counts of tax fraud contrary to the Tax Procedures Act of 2015.

“I am being harass